Triathlon Training: What Muscles Do You Use While Running, and How to Strengthen Them My first tip to improve run speed would be to include interval sessions, for example, 12x400 off 90s recovery. My next would be to work on hamstring and calf strength.

It can be easy to think that running is all about our heart and lungs when we start triathlon training. As soon as we pick up our first injury, we realise that’s not the case.

Running is actually an all-body activity using numerous muscle groups from head to toe to generate the forward propulsion required – whether it’s for a light jog in the park or hammering towards the finish line to record a personal best.

While it would take an entire textbook to go into every muscle used in running, this guide outlines the key muscle groups. We’ve also provided six exercises to not only make you a more accomplished runner, but a less injury-prone one too.

While muscles used in running serve different purposes, we still want them all to have similar characteristics. They need to be supple, strong, and have good tone and elastic recoil – think a spring-like effect. Above all, we want them to be healthy. Most of us know how restrictive tight muscles feel and how a muscle tear can put paid to all best-laid training plans. Let’s look at the muscle groups we use starting from the ground up.

There are 29 muscles to consider in relation to the feet (too many to list here), and 10 of these cross the ankle joint. They work in conjunction with a flexible ankle to stabilise the foot and give you a secure base on every stride. If the ankle is too stiff, the foot must adjust to compensate and this can cause complaints, such as a tight plantar fascia – a long, thin ligament that supports the arch of your foot.

The two main calf muscles are the wider, more superficial gastrocnemius and the longer, deeper-lying soleus that’s connected to the Achilles tendon. As part of the posterior chain – along with the hamstrings and glutes – they work to propel you forward with every stride.

As the name suggests, the quads consist of four large muscles, the rectus femoris, vastus intermedius, vastus medialis and vastus lateralis. The quads allow you to extend the knee on each stride, with the rectus femoris also crossing the hip joint to assist as a hip flexor. It’s common for triathletes – used to sitting for long periods either in the saddle or at a desk – to be quad dominant. This can lead to overstriding, resulting in a jarring impact through the body.

There are five hip flexors that help with our knee drive when running. The psoas or iliopsoas which extends from the lower back to the thigh bone is one of the most prominent, but can often be overworked and shortened through sitting all day. Rather than strengthening, runners often need to loosen tight hip flexors and quads, while strengthening other muscle groups, such as the hamstrings.

The three hamstring muscles are the biceps femoris, semitendinosus and semimembranosus. The hamstrings attach from the pelvis to the back of the knee and help with flexing the knee and assisting with hip extension. A bent knee leads to more recoil and a more powerful stride as the hamstrings release. If the glutes are not firing properly, hamstrings can become overworked leading to irritation, something known as hamstring tendonitis.

The gluteals – essentially your butt – help with power and stability in three planes of movement. They are critical to good hip extension, helping drive you up and forward to increase stride length, as well as being responsible for stability through the legs, feet, pelvis and spine. The glutes are composed of three main muscles: the gluteus maximus, gluteus medius and gluteus minimus. The glute max is the biggest muscle in the body and often the better you can get your glutes firing, the more resilient a runner you’ll be.

You’ll often hear of the importance of a strong core. There are different interpretations of what constitutes the core, but any muscle that influences pelvic, hip and lumbar spine position is a good description. The core balances and stabilises you when running. It helps keep your hips aligned so other muscles do not have to overcompensate and tire more quickly. Core muscles such as the abdominals and obliques aren’t just needed to support an upright torso, they also help with the necessary rotation to drive both the arms and legs.

Thankfully, there are plenty of exercises to choose from to make you a stronger runner as part of your triathlon training. Further good news is that they often need either minimal or no equipment at all. While some exercises target muscles in isolation, time-pressed triathletes often find compound exercises more efficient. These are where more than one muscle group is being worked at the same time. We’ve stuck to active rather than static exercises to take the muscles through the range of movement. We’ve also suggested how you can progress the exercise in each case as you become more adept.

Progression: Drive up through one leg only (with other leg straightened), concentrating on keeping pelvis level

Dead lifts: To strengthen lower back, glutes and quads

Progression: As you drop to elbow drive opposing knee forward in ‘mountain climber’ movement towards elbow. Repeat for both sides

Progression: Hold weight in hand of non-extended arm. When in ‘superman’ position row weight up by your side

How to be a better runner in triathlon

Despite the run leg in triathlon usually following the swim and the bike, the fundamentals of putting one foot in front of the other don’t change from a regular running race – you’ll just be more fatigued when you start! That said, there are a few differences to consider when triathlon training.

Running off the bike

Starting a triathlon run feels very different from starting a fresh running race because of the fatigue already accumulated from the swim and the bike legs. The feeling triathletes get when they first dismount is often described as like having jelly legs. Don’t panic. While this is common to most triathletes, practising brick sessions in training – where you cycle and then quickly transition to a run – can help you become used to the feeling. It will also help you understand that the jelly legs feeling will pass, and you’ll feel better as you build into the run.

This is little different from a straight running race where the most efficient, and normally fastest way to get to the finish line is with an even paced run leg. This means that once you’ve settled into your running, try and stick to a pace you can maintain for the distance. At higher levels of competitive racing, tactics can come into play. For example, triathletes leading out of transition may put in an early burst to demoralise their rivals and then try to hold on. But for most of us, it’s better to pace our own race. Pacing becomes critical at longer distances, particularly an Ironman marathon, where the early miles should feel well within your capabilities. The challenge is not to go too fast too soon.

Because it’s the final discipline, fuelling for the run – and on the run – becomes even more of a focus in triathlon. And the further the event, the more important it is. There are a few basic principles with race nutrition. Having enough energy to complete the event is paramount. We only have a limited supply of carbohydrate stores and most triathletes try to top these up during the race, particularly those events that last longer than 90mins. Having nutrition that is easily digestible, either through liquids, gels or chews is often preferred, although some triathletes do opt for solids during longer racing. It’s also more difficult to refuel on the run, so factor getting enough nutrition in on the bike. Have a plan before you start, including where you are going to keep your nutrition. ie. on your bike, trisuit, race belt during the event.

Often the limiting factor when running in triathlon isn’t our cardiovascular ability ie. our heart and lungs, but lost running form as the muscles we’ve discussed in this article start to break down. You’ll often see athletes hunched over or with little hip drive towards the end of an Ironman marathon. Others might look to be almost dragging their feet. So, when running in triathlon, don’t just consider how fast you’ll need to train, but make sure you can run strong right until the end.

What about running uphill and downhill?

Hill training is a recommended way of training for running in triathlon along with long runs, tempo and interval speed sessions. When discussing hill running, most of the focus is on running uphill. This helps build strength and hone technique, such as knee drive and glute extension. A low impact way of training, it’s often called speed training in disguise. Running downhill efficiently is a different challenge. It demands excellent technique and a relaxed, fast turnover to try and keep your centre of gravity over your landing foot. Most triathletes practice it sparingly because of the risk of injury – especially on hard surfaces where inadequate technique can see the lead leg extend in front and act in a braking motion with every stride. If you enter a race with a lot of downhill sections, your quads often let you know about it the following day.

What ligaments and tendons does running work?

Ligaments connect bone to bone and tendons connect muscle to bone, and both come under tension when we start running. We also tend to notice both tendons and ligaments in running when we have pain or irritation. They can also take longer to heal than muscles because they receive less blood supply, so. Common complaints for flare-ups when running include the plantar fascia – a long, thin ligament that runs under the foot – that can become tight, and the Achilles tendon that connects the calf to the heel.

How important is warming up before running?

Doing a proper warm-up is important in running to help you achieve the best from your session and ward off the chances of injury when your muscles are still cold. A typical warm-up might be a gentle jog before mobility exercises for ankles, hips, back. There are plenty available, but the key is to get these areas warmed-up by working through their range of motion. You could also add some strides – light, fast but controlled running for 100 steps or so. Every triathlete is different, but warming up can be even more important to the ageing or athlete whose muscles start to lose some elasticity. 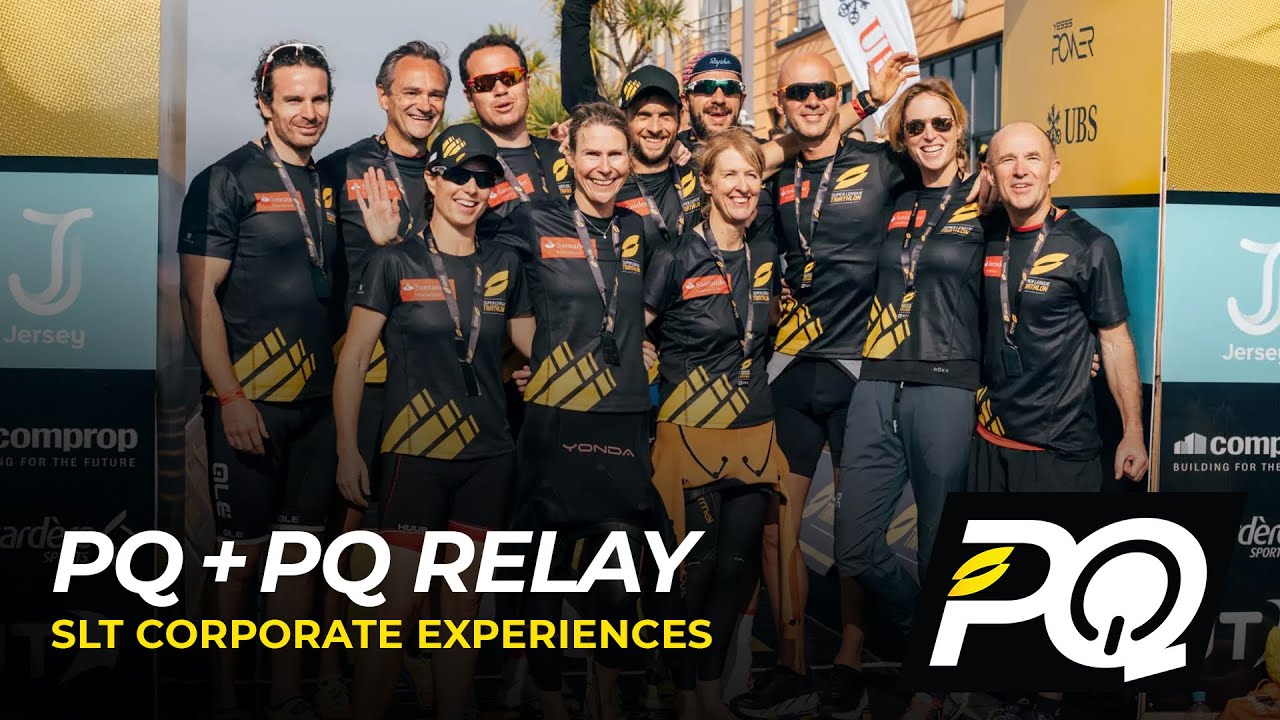