Alex Yee was delighted to take his first Super League Triathlon win after admitting the last three weeks have been all about learning from his mistakes.

Yee is riding the crest of a wave after his Olympic gold and silver medals and has been impressive in Super League, improving from fifth in London to third in Munich and then first in Jersey after an amazing sprint finish with Jonathan Brownlee.

His results also give him a shot at the Championship Series title heading into the finale in Malibu and he was understandably pleased with his victory.

“This is a special one as it’s after the Olympics and I wouldn’t say I’ve struggled but I’ve not been back where I want to be and it’s been a progression to get here,” he said.

I can’t quite believe it after being on the backburner for most of the race to finally get into it in the last 400m was pretty cool and I am really chuffed. I had an ok swim and was there or thereabouts off the first bike. At the first roundabout, Aaron Royle crashed in front of me and it shook me up a little bit and I lost a little bit of time on that first bike.

I managed to run myself back into the mix and stayed there or thereabouts for the rest of the race and I managed to find my flow. On the first bike, I was a bit shaken up after that crash. It’s never nice to see somebody come down and I was a bit more cautious and it took me a bit of time to find my flow but once I got on a group and was following a wheel it started to become more natural and it was good.

I was just racing each 30 seconds at a time and that’s the way I managed to stay in the race, by focussing on the 30 seconds in front of me and making sure I was in the right gear coming into transition, turning my bike around, putting my helmet in the right place and my shoes where they need to be. I think those things were the reason I was still there because I maybe lost a bit of time on the swim but I made the right decisions and it allowed me to use my run in the end.

Super League has been a steep learning curve for Yee this year, but he feels he has benefited from the racing.

“For me, Super League has been all about making mistakes and learning from them. I guess the progression from fifth in London to third in Munich to first here shows those things do make a difference,” said Yee.

I wouldn’t say I’m any fitter and maybe the format suits me a bit better but I have improved on getting the little things right. I will enjoy this one and process it and look to the future in a few days but we have a few days on the island and I want to appreciate that. I absolutely love it here. It’s one of the most beautiful settings for a triathlon that there is and it’s almost Monaco-esque and the crowds that come out are always electric.

I have seen it from both sides having watched my girlfriend Liv race here in 2019 and race myself in 2018 and I have loved it both times racing and spectating so I recommend coming here to win a race if you are going to watch any. 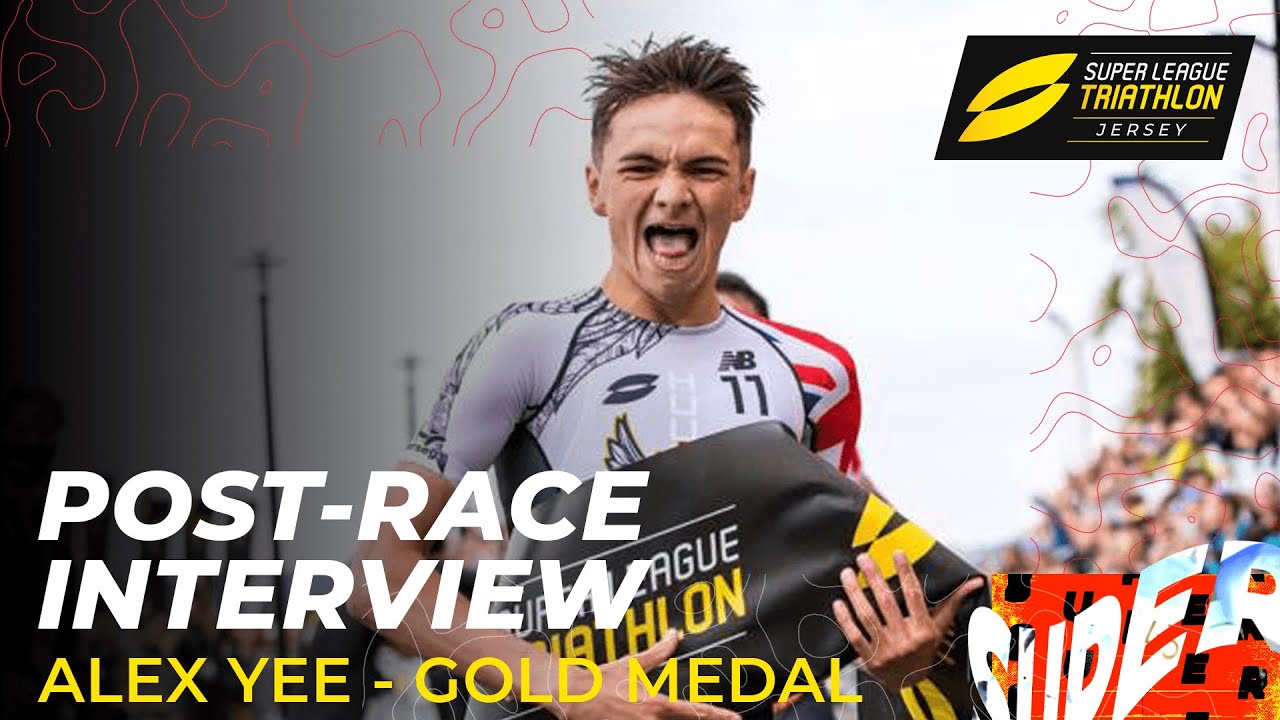