Arena Games Triathlon powered by Zwift began with a famous victory in Munich, Germany, today with one of Super League’s most dominant performances by British triathlon star Beth Potter.

Famed as a run powerhouse, the 30-year-old from Glasgow bossed every discipline in Munich and refused to give the chasing field a glimpse of the win. Her margin of victory was 90secs over Germany’s Lena Meissner, with another German, Anabel Knoll, completing the podium.

Having won 2021’s Super League Triathlon Arena Games in London and finished second at the Rotterdam event last year, Potter is an established Super League force and will now take plenty of stopping in her quest to win the debut esports Triathlon World Championship.

“That was good, that was hard. I enjoyed that. I didn’t think it was a format that I’d be good at, so I’m really happy to win here,” said the Brit at the finish line. “I wanted to run as hard as I could to see if the wheels came off on the final leg.” Her final kilometre time of 3:09min suggesting the wheels were securely in place.

Following last year’s debut German showing, Arena Games Triathlon powered by Zwift Munich was Super League Triathlon’s second visit to the multisport-mad nation, the setting being the iconic Olympiapark in Munich, Bavaria, home of the 1972 Olympic Games and the venue for the 2022 European Games, in which triathlon is set to feature.

Today’s format saw Stage 1 host a 200m pool swim, a 4km turbo trainer bike and 1km treadmill run, before Stage 2 reversed that order with a 1km run giving way to a 4km bike and 200m swim. The classic tri format of a 200m swim, a 4km bike and 1km run would return in Stage 3 to decide the winner. Olympic Games qualification points also on the line, while the event was part of the inaugural esports Triathlon World Championship.

With a fresh partnership with World Triathlon, the morning saw athletes qualify for the final race via a heat that consisted of two swim/bike/run stages. In Munich the qualifiers were the top three in each heat plus the two fastest losers. Potter cruised into the final race, but a big talking point was Petra Kurikova being disqualified for spitting on the pool side ahead of her Stage 2 swim.

Stage 1’s 200m swim saw the Hungarian Zsanett Bragmayer setting the tempo before Spain’s Anna Godoy edged her out of the water and reached the Tacx turbo trainers first. Italy’s Ilaria Zane and Potter both took turns at the front alongside Godoy on the 4km bike, with the field bunching on Zwift’s cobbled climbs. By the bike’s halfway stage, there was little separating the top six contenders, but Gina Sereno (USA) and Luisa Iogna-Prat (Italy) had been cut adrift at the rear, some 15secs behind.

The top six stayed together until the start of Stage 1’s run leg, but within 400m Potter had assumed control and created a 10sec buffer between herself and the chasers. That lead was 17secs over home favourite Lena Meissner by Stage 1’s finale. Advantage Potter.

Stage 2 of the Arena Games Munich powered by Zwift again witnessed a mass start, yet the classic triathlon order was reversed, with a 1km run giving way to a 4km bike and 200m swim. Potter and Sereno instantly pushed to the front, with Meissner staying in the shadow of their avatars. At the midway stage, Potter’s run prowess saw her create a 5sec lead with Meissner creating some daylight ahead of Senero.

Potter’s advantage was 9secs at the conclusion of the run, boarding her Factor bike ahead of Meissner and her German compatriot Anabel Knoll. Anna Godoy struggling to get her feet in her bike shoes highlighted the complexity and pitfalls of the unique Arena Games format, the experienced Spaniard dropping out of the Stage 2 reckoning.

By the start of the final swim, Potter’s Stage 2 advantage was 25secs and the Scot was already thinking of a healthy cushion for Stage 3’s Pursuit-style finale. That combined lead would be a sizeable 24secs over Meissner, with Potter’s sub-3:10min run kilometres a sign of her formidable tri-athletic skills.

Stage 3 witnessed a Pursuit-style beginning, with Potter having a head start of 24secs (initially it was reported to be 2mins) ahead of the 200m swim, 4km bike and 1km run seen in Stage 1.

After a delay to find the exact results from Stage 1 and 2, Potter was first in the pool, barring incident the true battle being who would finish behind her in the final two podium spots, with German eyes on the duel between Meissner and Knoll.

At the halfway stage of the 4km bike, Potter’s lead was 1:14mins but Meissner and Knoll were neck-and-neck with Godoy now in pursuit. Potter looked like she was on a training ride yet still increased her advantage.

Potter has already completed half of the final 1km run by the time Meissner and Knoll took to the course and would romp home by 90secs in what was one of Super League Triathlon’s most convincing victories. In a frenetic finale, Meissner edged Knoll to the silver medal, with Godoy and Zane rounding out the top five. 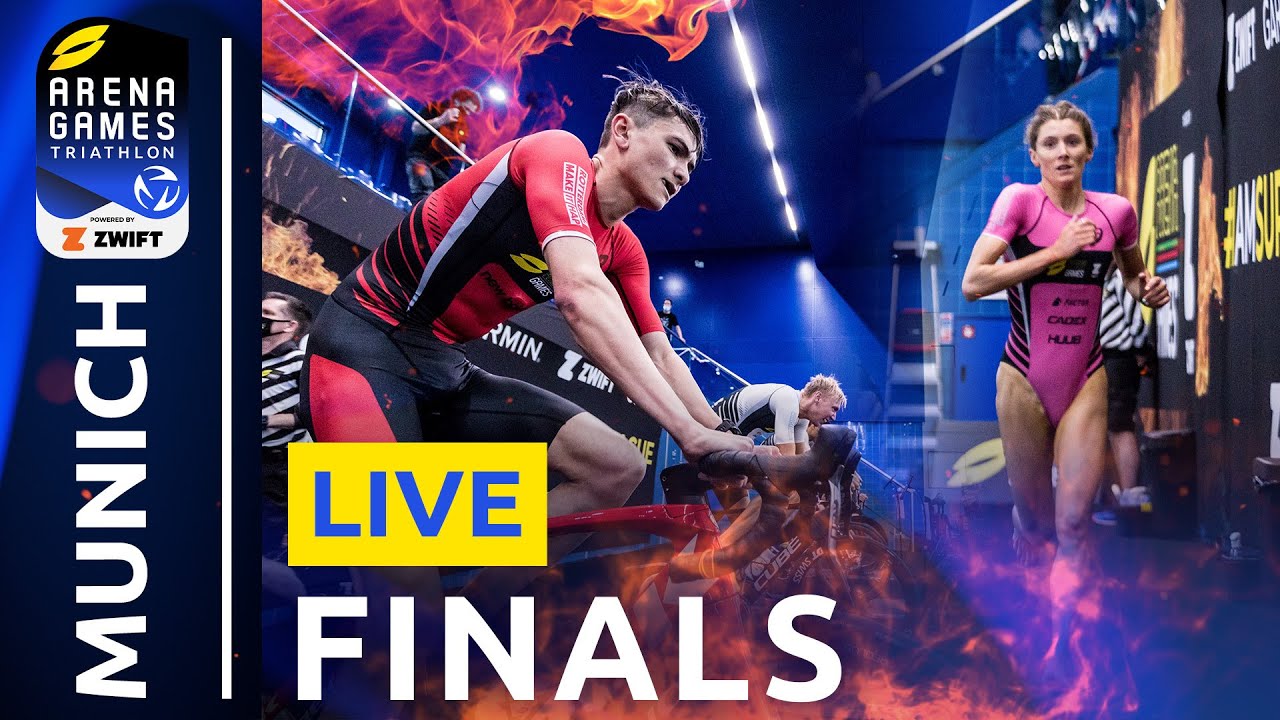