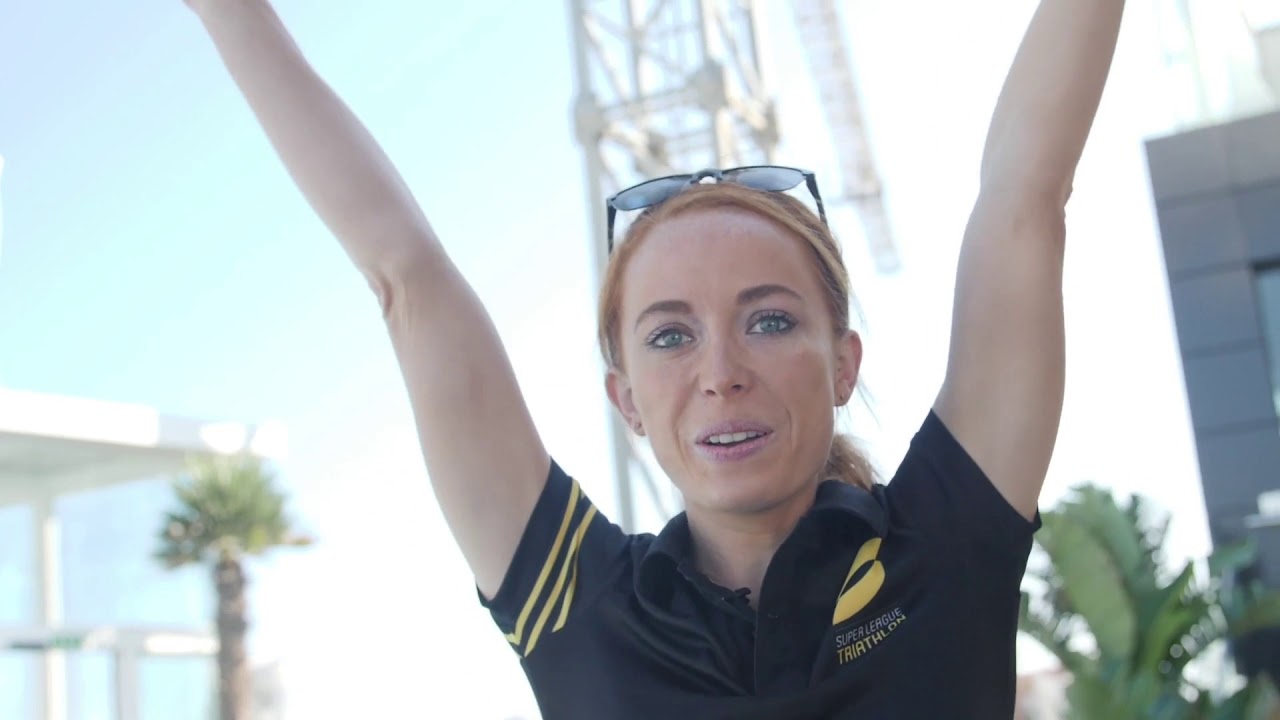 Super League Triathlon (SLT) is the world’s premier swim-bike-run Series, pitching the very best athletes against each other in quick and exciting race formats in fantastic destinations across the globe. The Championship Series takes place from August-November with the best triathletes on the planet doing battle over game-changing formats which are redefining the sport for a modern audience. Super League’s SLT Arena Games is a dynamic new format that blends in real life and virtual racing to deliver an immersive viewing experience via a unique partnership with Zwift.

Super League Triathlon (SLT) is the world’s premier swim-bike-run Series, pitching the very best athletes against each other in quick and exciting race formats in fantastic destinations across the globe. The Championship Series takes place from August-November with the best triathletes on the planet doing battle over game-changing formats which are redefining the sport for a modern audience. Super League’s SLT Arena Games is a dynamic new format that blends in real life and virtual racing to deliver an immersive viewing experience via a unique partnership with Zwift. If you’re not moving forwards, if you’re not pushing the envelope or testing what is possible then in reality you’re not just standing still – you’re sliding backwards.

Super League’s driving force is a triathlete who has vast experience in the sports sector. Michael started his career in the automotive industry before turning his passion into his career, spending a year as a full-time athlete and establishing a long-distance event in Taiwan. He has worked with Chris McCormack at Thanyapura in Thailand and the pair set up Bahrain Endurance 13 as well as Super League Triathlon.

Speed is youth, long-distance racing is for retired people with time on their hands – if you want excitement, if you want the best athletes in the world pushing themselves beyond what any of us think possible, then you have to move away from long distance and think differently.

In every debate of the greatest triathletes of all time, Macca is discussed after a glittering professional racing career that saw him win the Ironman World Championship twice, as well as numerous short course titles, including the ITU World Cup Series. Since retiring from racing, Chris has forged a successful business career with numerous interests in the sporting sector.

Triathlon is the most demanding sport on the planet, with athletes competing at the highest level over multiple distances. Having competed in many races and always crossed the finishing line, you build up a certain resilience. Once you’ve pushed through these barriers, it’s possible to transfer this mindset into the business world. Hours and hours of training to hit goals in races are just like identifying business objectives and applying steadfast determination to succeed.

A passionate investor who found triathlon later in life, Leonid is committed to growing the sport he loves. The founder of RTP Global has investments in companies worldwide and features on the Forbes billionaires list. After discovering triathlon to stay fit, he fell in love with the sport and has qualified for the Ironman World Championships in his age group. Joe has won multiple awards during an 20+ years career and is an active part of the marketing community as a Fellow at the Institute of Direct and Digital Marketing (IDM). He has experience in multiple sectors and disciplines, working with some of the biggest global brands in sport, technology, entertainment and automotive.

Robert has been in the events industry for nearly 20 years and delivered some of the largest global triathlon events. He has been responsible for two Triathlon World Championships – Hamburg 2007 and London 2013 – the Olympic Test event in London in 2011 as well as the Olympic Triathlon event in 2012. Prior to joining Super League, Robert served for five years as Strategic Business Development Manager at ACTIVE Network.

Super League Triathlon has a simple but lofty ambition – to turn traditional participation led sport into a spectator sport. We do that by making our races short, sharp and completing, by getting the best athletes in the world to race head-to-head at full gas, and with a raft of tactical and technological innovations that keep the action riveting until the last moment.

There is no waiting around for eight hours for a result or watching a tedious pack cycle on a flat course for an hour. This is a constantly changing, cutting edge sport for the modern-day viewer.

A Place To Do Business

Super League Triathlon is more than just the greatest triathlon series on the planet. We also provide a platform for other companies to expand, entertain and compete.

Our events are a place to do business. With services ranging from a new level of corporate entertainment and race competition to the ability to brand our events, courses, and even our athletes, we offer the kind of bespoke marketing that delivers serious ROI.

Being audience specialists means we take the time to get to know our fans as we continue our rapid audience growth, delivering value both to our spectators and those who want to reach them.

Triathlon has a unique and valuable demographic, and they are more engaged with Super League than any other triathlon brand.

Super League Triathlon is committed to growing our sport and engaging a new wave of fans. We believe in achieving this in a sustainable way and with an emphasis on the community while inspiring people to choose an active and healthy lifestyle. Our core values are: