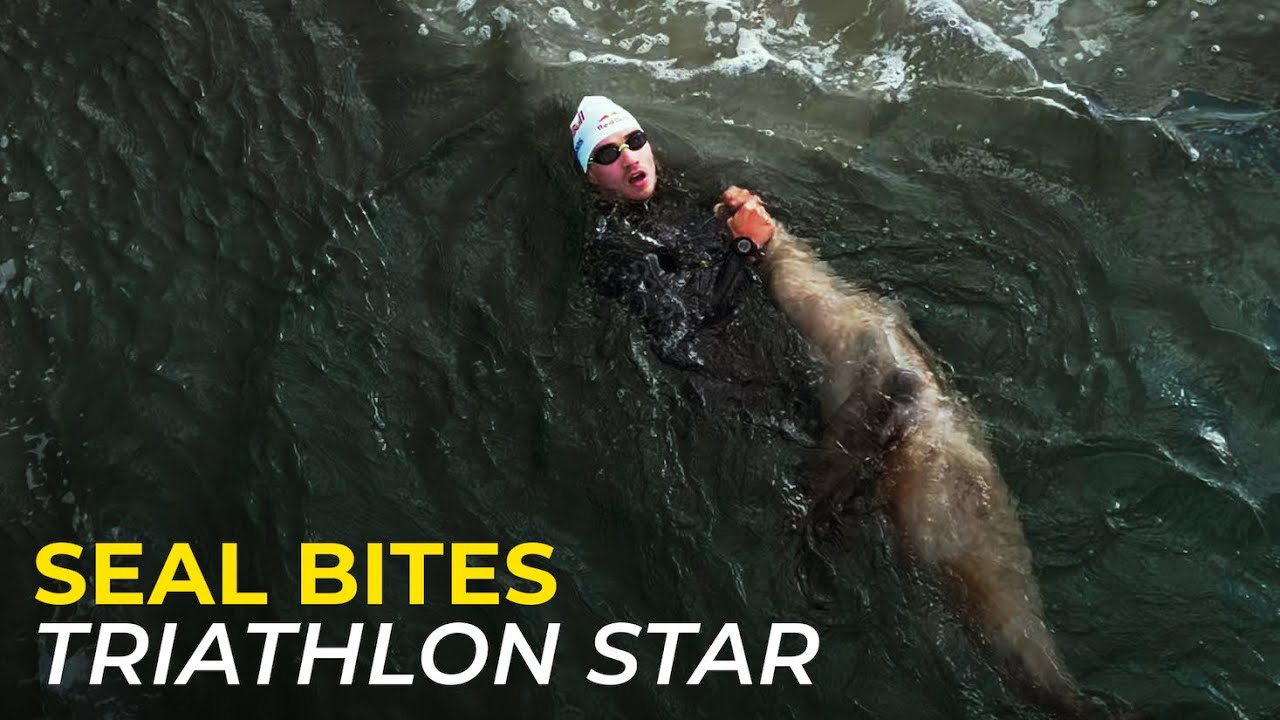 Vasco Vilaca was bitten by a seal while training for Super League Triathlon Malibu.

The 22-year-old Portuguese star, who finished second in Munich last weekend, was on a training swim with fellow athletes at Zuma Beach when the incident took place.

The seal bit Vilaca’s arm, leaving the athlete to try and get it off and then move away safely without distressing the animal.

Super League Triathlon were filming the athletes at the beach and captured dramatic footage of the incident.

Vilaca said: “I was just swimming in the ocean and was unlucky enough to swim towards where a seal was. It started swimming towards me and got very close and it felt like a dog smelling me.

“I tried to just slowly, without doing anything aggressive, push it away and at a certain point there was a strong wave that pushed it against me and then I pushed it more aggressively away because it was on me and then it got scared and bit my arm and wouldn’t let go.

“I tried to grab the teeth from under and open the mouth and get it away and wanted to swim away but I didn’t know what to do with the seal because I thought if I let go it would bite me again.”

Vilaca was able to swim to shore after a large wave dislodged the seal and was treated by lifeguards on the beach before being taken to a medical facility to be checked out. He received treatment for the wound before being discharged to race at the weekend.

He added: “When it bit me I had a wetsuit on but one of the teeth cut through and punctured through the skin. When I was grabbing the teeth from underneath and was grabbing the mouth was when I got a few cuts on my hands. I am happy to be ok.”