Michelle Dillon has a defiant message for all those writing off the SLT Sharks: we will prove everyone wrong.

The two-time Olympian was happy with her team selection after the draft, but the data suggests she has the weakest squad.

Michelle believes she has crafted the perfect balance to take points across the swim, bike and run disciplines, as well as in the overall standings, and that will power the SLT Sharks to success.

Her team has certainly produced a lot of comment. Here, Michelle talks us through the SLT Sharks:

I am really happy with the athletes I have selected and the balance of the team.

There are some standout individuals in my team but I believe in the team the athletes will connect with each other, work well together and bring the best out of each other so I am super excited with the team that I’ve picked.

I have some really good bike-runners in Hayden Wilde, Jonas Schomburg and Vasco Vilaca.

There is the standout run of Beth Potter and I have the swim covered with Carolina Routier and Tayler Reid with Jonas in there as well.

Even though individually there may be a weakness of one discipline I think overall they balance each other out really well.

I have some lovely people on my team, great characters and I think they will connect really well and get on like a house on fire.

What I love about this team concept is the fact that it will bring people together and get to know each other on a deeper level, which will make things more interesting when they’re racing with each other.

This is where good friendships are made and I think everyone will get on well together and get the best out of each other.

Within each team there are actually strengths and weaknesses so I am not really concerned about anyone. On paper the data has said we are the weakest team but I think we will prove everyone wrong. We are the Sharks anyway so we will attack and go for it and I think we will really surprise people.

There were two athletes I had in mind before they were picked. Jonny Brownlee because he’s in great form at the moment, he’s fantastic at the Super League distance with the leg speed and a really nice guy, but Annie got him ahead of me. She’s also got Tyler Mislwachuk who I wanted as well. A great guy who has been injured but has a lot to offer, but I am really content with the athletes that I have.

It’s difficult to plan right off the start of the Series because everyone comes into it in different fitness and shape, but I will see how the first race plays out and sit down with my team and get to the nitty gritty of planning how tactically we can win this thing.

I will mentor my athletes and get into the mindset of how they can get the best they can be out of themselves on race day. Most athletes train the same so it will be all about who can deliver the result on the day. Everyone will be hurting as much as each other so having the right mindset can change things and their whole outlook on the race so my tactic is to get into their minds and get the fire in their belly to go out and deliver the best result possible.

I think it will bring a lot of people together, it’s not just an individual race but a team. The athletes in my team will wear the same kit and be looking over their shoulder to see how they can maximise their team points for each race so at the end of the day they get the best result possible.

It could also make the race a bit faster as people will be putting themselves on the line in certain disciplines to get maximum points and it could leave them deflated at the end of the race if they go out hard and then finish slower rather than pace it.

It will be a lot more interesting for sure and I think the viewers will get excited by this and get behind their favourite team and I am super excited to be part of it. Bring on the Sharks. 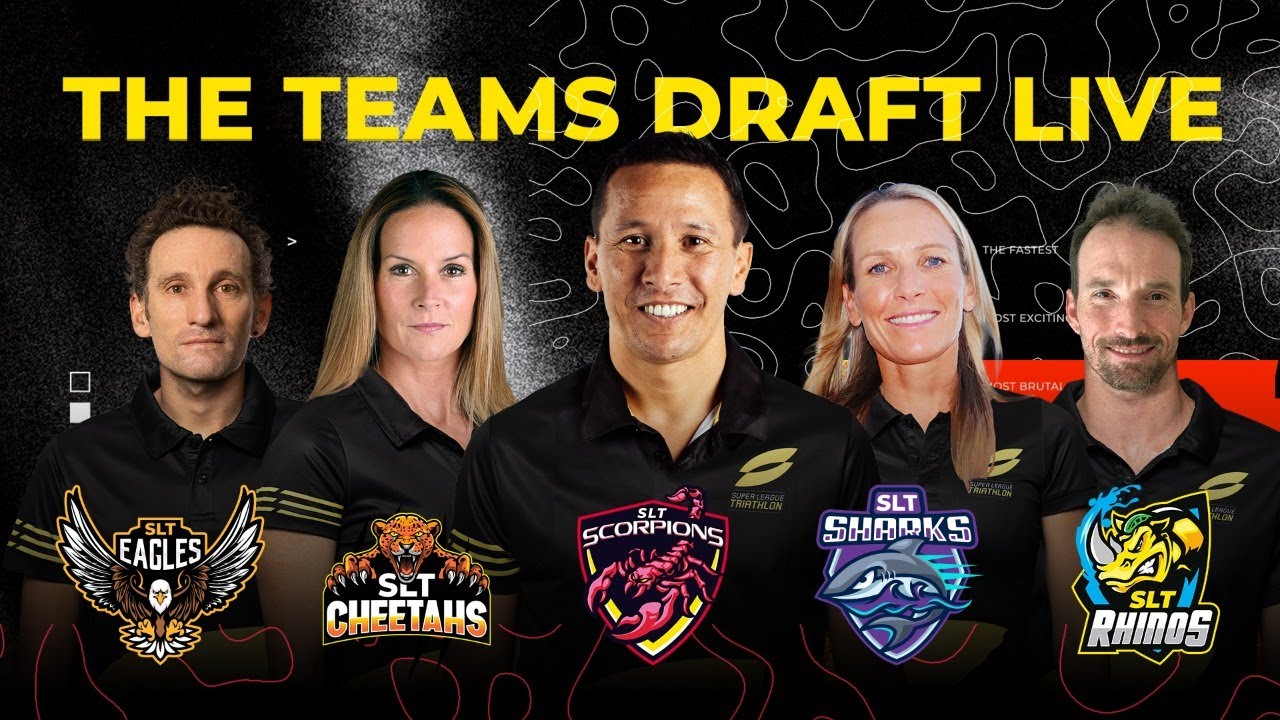