Lucy Charles-Barclay has refused to rule out chasing an Olympic medal – but insists she is committed to winning Kona first.

Charles-Barclay had Olympic aspirations as a swimmer before making the switch to triathlon where she has taken a successful but unusual route of going straight to long course, with an eye on a potential move to short course racing later in her career.

It’s one of those things that is always in the back of your mind, could I go to the Olympics whether in the pool or in triathlon?

After those three second place finishes in Kona the motivation to stand on top of the podium in Hawaii burns strongly for 26-year-old Charles-Barclay.

I’m definitely itching for the top spot. The swim and the bike doesn’t need a lot more work and last year in Kona I got so excited towards the end of the bike I started to ramp it up and up and up and if I hadn’t have done that I would have done so much better as I was ripping my legs off before the run.

I am still fairly young and have to keep chipping away at it and hopefully execute a better bike and put together the run I know I can.

On the bike I always want to stay out in front but there are so many strong bikers that if they did catch me and I worked with them it would probably help me on the run.

I perhaps shouldn’t be concerned about being closed and caught and then work together. Normally I want to be out in front and hammering it. Charles-Barclay stormed to victory in the first women’s race of the Super League Triathlon eSports Cycling Series, securing maximum points in a virtuoso display, and ground out a much tougher win in the second event.

She acknowledges that a growing experience on Zwift has helped her. She reflected:

I have probably used Zwift since 2016 as part of my training. I hadn’t done a lot of racing before. I had done some championship races and done pretty well but hadn’t raced a lot. It has been part of my training and for running as well.

Since lockdown I have set myself a target to try and get to the top level of Zwift, which is level 50, so I have been on Zwift every day. I haven’t got to level 50 and I have been racing a lot more than I usually would.

I have experience racing courses and knowing where to lay down the pressure and where to sit back.

I wasn’t very good and watching my husband I was wondering how he was doing it and sitting in the pack but I was on the front the whole time.

The tactics are very different to being on the road. On the road I am not in a pack so I don’t have that pack dynamic of resting.

The gaming element and knowing where there is a sprint section coming and, rather than racing one pace, trying to win a segment is really different but fun.

Zwift has fulfilled a competitive desire in Charles-Barclay, but ultimately she wants to get back on a competitive start line and start building for what could be two versions of the Ironman World Championships in 2021.

I would love that opportunity to win Kona twice in one year but at the moment I am so itching to do any race I would do anything that was thrown at me. Put me on the Super League start line. A bike time trial. Anything I can get.

It’s why I have loved the Zwift racing as there is a racing element. I love to train but I really love to race. 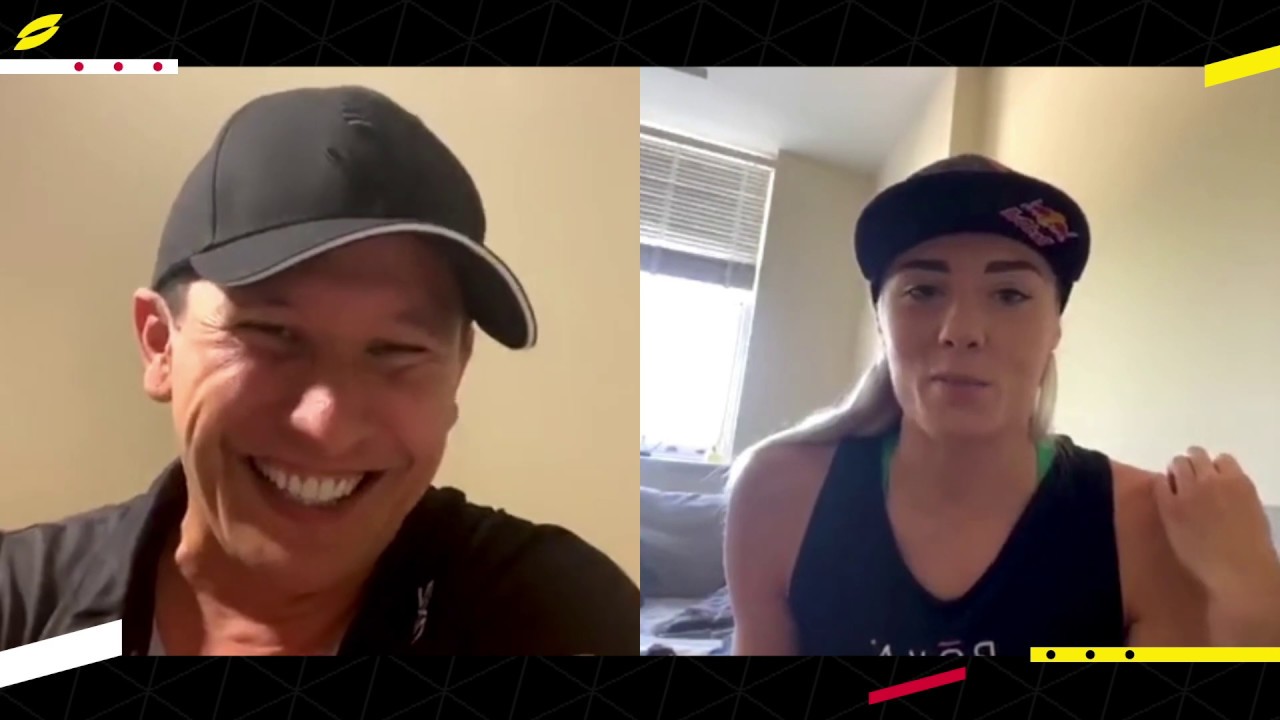