Jonny Brownlee is confident that the one year delay to the Tokyo Olympics will work in his favour as he strives to complete his set of medals.

The British star, who took bronze at London 2012 and silver at Rio 2016, wants to be on top of the podium with a gold in Japan.

Despite the fact he will turn 31 before the Games takes place, he strongly believes that the delay will enhance rather than hinder his chances of winning.

I think for me the year should be an advantage. I know athletes are always very good at telling themselves everything is an advantage and are good at looking at the bright side of life but I think it will be.

I’ve had not my finest few years with injuries so it’s been a period for me to get over those injuries and have a clear bit of training for six months and hopefully that should help next year.

I believe if you build the foundation one year you reap the rewards the next year, so hopefully it will be a good one for me.

I also think as you get older in the Olympics it’s not going to be that much different. It’s not going to be London where the run will be low 29 minutes. Because of the heat it will be a really tough course and I think the older athletes could be at a bit of an advantage.

Brownlee revealed his hopes in an exclusive head-to-head chat with one of his great rivals, South Africa’s Richard Murray, who felt similarly optimistic. I think it depends how long you have been racing, how much you want it and how you plan your season, but I don’t think it makes much difference. It’s actually been a blessing disguise in some regards.

A lot of athletes don’t know where home is because you travel 24-7 over the year and you forget where home is so it has been nice to be in one place for a long period of time.

The pair’s freewheeling chat took in a host of interesting topics, as they opened to each other on their lives in the triathlon world. Here are a few of the highlights:

RM (5k – 13:37): We both went for a 5k pb. We got some inspiration from the running world as track and field events are going on and everyone thought ‘what we can do’?

Yours was a bit more official than mine. Mine was ‘ok, let’s make a 5k loop’.

JB (5k – 13:46): I had to get that in! Mine is an accurate 5k that actually counts…I’m only joking!
I was pleased with it and it’s the fastest I have ever run and a lot of British athletes have done pbs. It’s been interesting for the first time in years having spent a lot of time at home without the pressure of races coming up and training consistently for six months. RM: My favourite battle was the year Alistair and I were sprinting for the finish and in Yokohama one year where we had Javi, yourself, Ali, me and Mario running together. It was really hot and tough.

JB: I remember that sprint finish in 2014. It was the first time I can remember there being six or seven of us there so thinking about it tactically – but in the end I didn’t have the legs anyway so tactics aren’t important.

Jonny and Richard On Their Strengths and Weaknesses

My transitions aren’t very good and are a bit of weakness. My proudest moment of being a triathlete was from 2011-2015 where I was on the podium for every race. It was 36 or 38 podiums in a row.

RM: I think yourself and Alistair on the swim, bike and run are top in the world and it’s why you’ve got Olympic medals and done so well. For me it’s always been chasing from behind.

If I get a good swim then I might be mid pack. I had two swims in my career I came out near the front pack, the rest of the time I am concentrating on the transitions which I have worked a lot on since I was a kid and the details.

JB: Do you still train them now?

RM: Yes. Then on the bike I can have the legs some days and other days not. On the run I wouldn’t say it’s the start of my race but I try and get into it and then it gets better.

Not being a swimmer until I was 20 that’s where my progression has been. JB: I think your swim has always been a weak point but swimming is a nightmare of a sport, even though I have swum from 5-years-old. In open water anything can happen as well. Some days you dive in and get straight to the front without getting touched. Other days you get someone beating you up the whole way round and it’s really hard.

I think technically you are one of the best bikers and Super League has shown that. When we race at Malta you are really good at nipping round the corners on the inside, and transitions are very good and your run will always be one of the best out there in the heat.

I also think you seem calm and controlled when you race. You always seem to look in control and don’t make transition or nutrition mistakes.

RM: That’s nice of you to say. If the swim goes bad I try to fix it in a smooth regard and don’t make too much of a battle. With transitions I try to be as relaxed as I can. 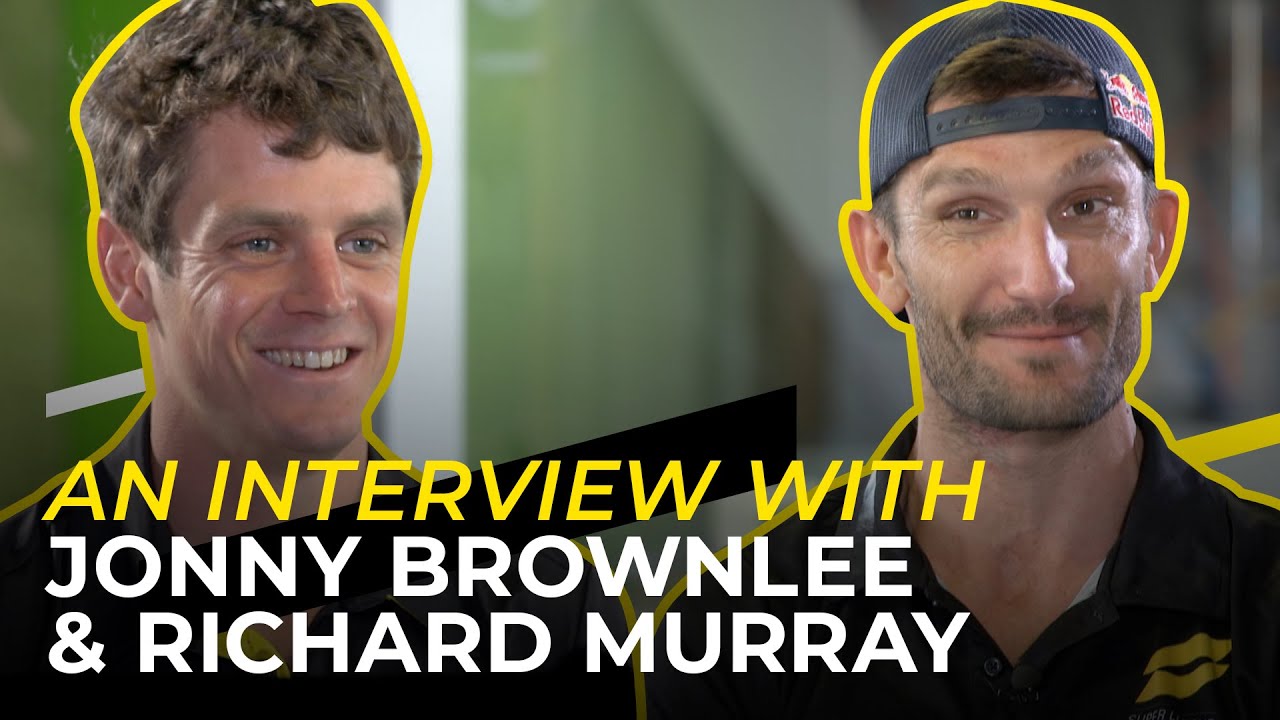