Hayden Wilde is isolating, recovering and thinking about the future as he deals with the same issues as Professional triathletes the world over during the COVID-19 pandemic.

The New Zealander, who has risen to global prominence on the back of his amazing journey through the Super League ranks, had a horrible crash which also left his girlfriend Hanne unconscious the day before what has thus far been the last ITU race of 2020 in Mooloolaba.

Since then he has been stuck in isolation like the rest of the world having moved to a friend’s place in Rotoma, healing up and trying to return to training, but also with the uncertainty of when he will next race, and therefore next be able to earn some money.

These are tough times but Wilde is remaining positive. He told the Power Up Show:

It’s not too bad. I’m pretty lucky that I have a friend that has a pad up by a beautiful blue lake. It’s about 55 minutes from where I originally live. It’s near a lake which I can swim in, it’s not open water but it’s absolutely fine.

The running is really good. I get to run around the lake, it’s a nice 27km loop, so if I want to go for a long run. The riding is also good as we are up in the hills.

The crash was certainly a scary experience and Wilde recalled:

We went over the course just to see what it looked like because the course had been changed because the swell was too big at the original start line. So we went on the new part of the course, and my partner Hanne and I were on the course for about 45 minutes and we were literally strolling down the road on a bit of a false flat going downhill and I wouldn’t say kids but teenagers were on the footpath and they were on their bikes and they decided to cross the road without looking.

Then Hanne and I centred into them and we both went over our handlebars.
I definitely got off with some bits. I got a pretty battered up ankle, a haematoma on my calf and landed on the back of my head and so my shoulders were pretty sore but I got off pretty easily with some minor scratches.

With Hanne though she was unconscious for over three minutes and she had to stay in hospital overnight and is pretty much still recovering.
I’m back into full swing training, she’s up to 20 minute walks, so she definitely got the worst of the crash. One of the major issues for the Pros is not just around the practicalities of training during a lockdown but the lack of income. Wilde said:

At the end of the day I haven’t had any money in my account since Malta realistically. Coming home, buying food, paying for things because I don’t live at home anymore and unfortunately Taronga is the most expensive palace in New Zealand to rent at the moment.

I was lucky enough to get some money at the end of the year from Super League which has helped me a lot but you don’t know when the next race is, so for us as athletes that’s pretty scary.

Realistically you have to race well to get prize money. I don’t even know if I can get a paycheck until we race in Hamburg and I’ve got to race well to make that dollar and realistically I can’t say when that is. It’s in the back of your head and it’s scary but you’ve just got to do what you can do and go about your life and try not to panic.

So many people are unfortunately panic buying and that sort of stuff but supermarkets are still open so don’t stress out too much and take it day by day. For me because I’ve moved out of the house I was living in the last four months due to the virus and I am lucky I can stay in my friend’s office and I can help him and he can help me and I can still do my training at this time. For now Wilde is trying to stay focussed on what he can do and has had the chance to reflect on his Super League journey.

I got the opportunity to race with a Wildcard three years ago. I kind of had no clue what Super League really was. I had watched it a few times but when I got the email I thought it was spam to be honest.

I’d just come from XTERRA, I had my first year in the ITU and the first year of mixed team relay.
I guess the impact I had on the Singapore race where I kind of went full steam and wasn’t worried about anything else was maybe the reason I got in.

I had a lot of haters out there for that, for me I’ve been just trying to improve every day. I’ve only been racing every day properly for a good few years, still learning a lot and looking forward to a few more years of Super League racing. 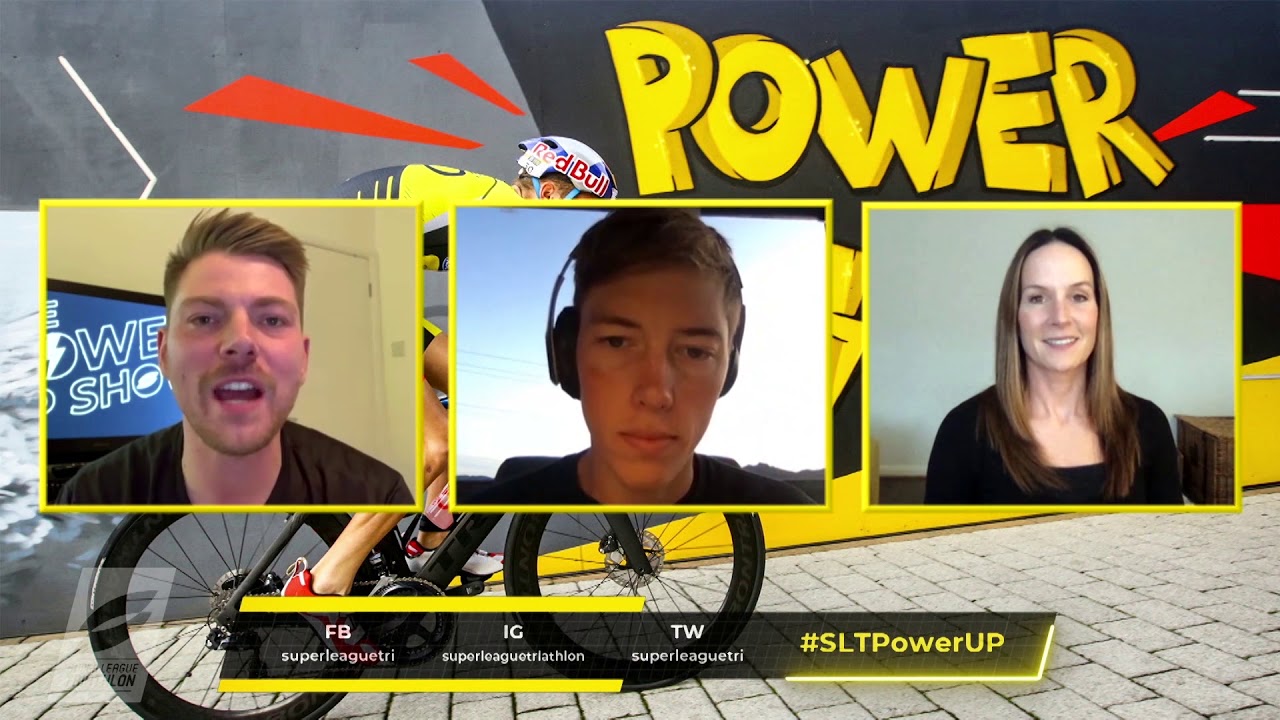