The South African gave Super League Triathlon a tour of his home training set-up as part of the ‘Pain Caves’ series.

Star attraction is his bike and the strips which change from bronze to gold depending on whether the sun is shining on it to represent the gold medal he won at the Commonwealth Games in Glasgow in 2018 and the bronze he earned at the Rio Olympics in 2016.

The top tube of his bike also features the dates of those two races and their event logos.

Schoeman’s set-up is a pretty slick affair, having also installed waterproof flooring to make it easy to clean after a hard session on his Wahoo Kickr 4 turbo trainer.

He uses the room primarily for indoor bike training but also has an array of equipment and kit which he talks through during the tour, allowing him to complete a wide array of sessions to help keep him in top physical shape.

Schoeman is known as one of the fastest swimmers in the sport and the strength equipment in his set-up is used to help him keep up his speeds.

But this pain cave is mainly about the bike, and here’s what he’s using: 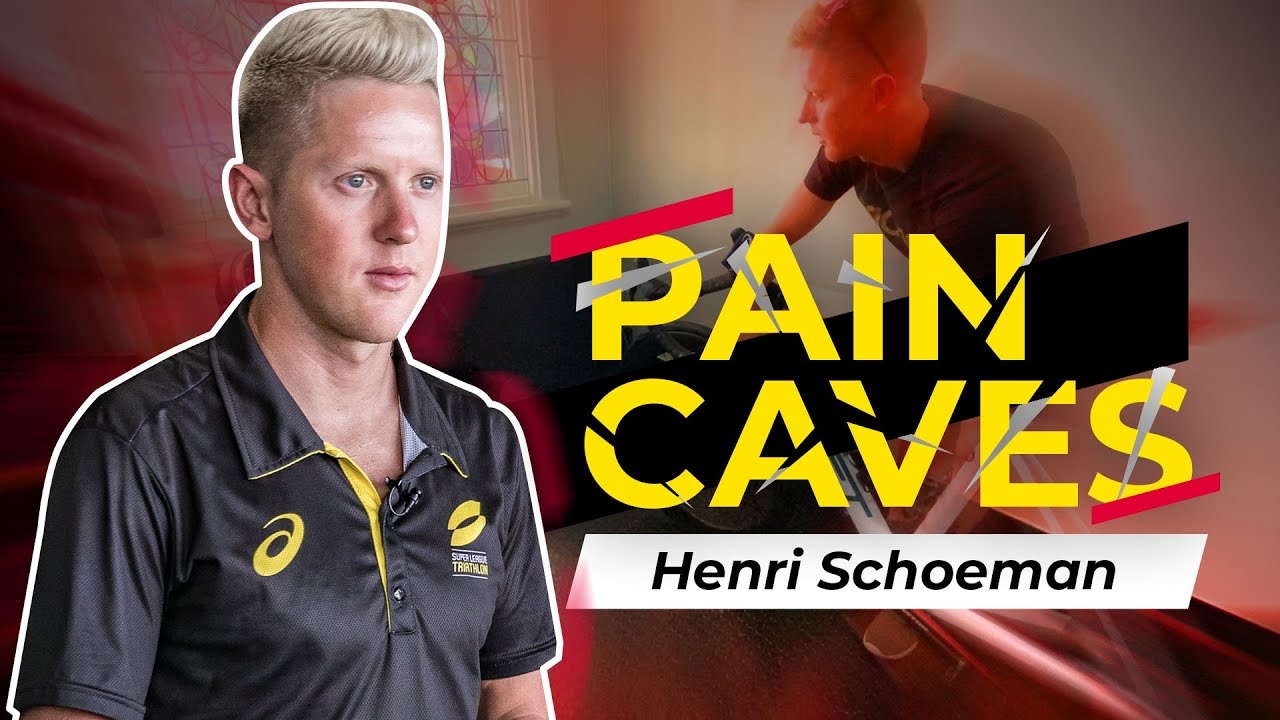