Luisa Baptista is ready to put into practice some valuable lessons about riding on Zwift when she competes in the second women’s race of the Super League Triathlon eSports Cycling Series.

The Brazilian proved to be a powerhouse in the opening race, battling with Lucy Charles-Barclay and Emma Pallant and ending the event in third place in the overall standings.

Baptista was perhaps a bit too aggressive for her own good, trying to launch a solo breakaway and expending a lot of energy before being reeled back in by the English duo.

The women head out again on Tuesday June 23 (7pm BST) and Baptista is ready to race smart.

We adopted a strategy of trying to be with the strongest girls all of the time so I was all the time looking to the watts.

Lucy and Emma I thought could put down these watts and they did and I was trying all the time to hang on with them and I think it worked out because after the second hill I could go with them a little bit and we could open a gap and it was enough to get on the podium which was very nice.

I still need to race more on Zwift. There are some particularities of the game and I am learning a little bit.

I tried to force it to see if some girls would stay behind but I think that was the wrong time so next time I will be more prepared and try to save energy for the end of the race.

It was a very nice experience and it’s not real life but a lot of things of real life you can reproduce and it’s really nice in this period where we have no races at all. Charles-Barclay’s superior Zwift experience counted in the first race as she took maximum points across all the sprint sections and the finish.

The Watopia Hilly route ups the ante with three laps featuring six intermediate sprints and mountain climbs for points as well as double for the top five finishers across the line.

Baptista believes Charles-Barclay is the one to beat.

We saw she is very powerful, especially in short bursts like 10-15 seconds and she sprints really fast and opens the gap she wants. For the next race I am trying to study a little bit the course to know the points where you have to push harder and where to breathe a little bit.

I will really go for it in the sprints because this really makes the difference. It may not work out but I really hope it works.

I think Lucy would do great because in Super League you also have to be really strong in short periods. You have to sprint, and then sprint. She would do great and bring a lot of quality. 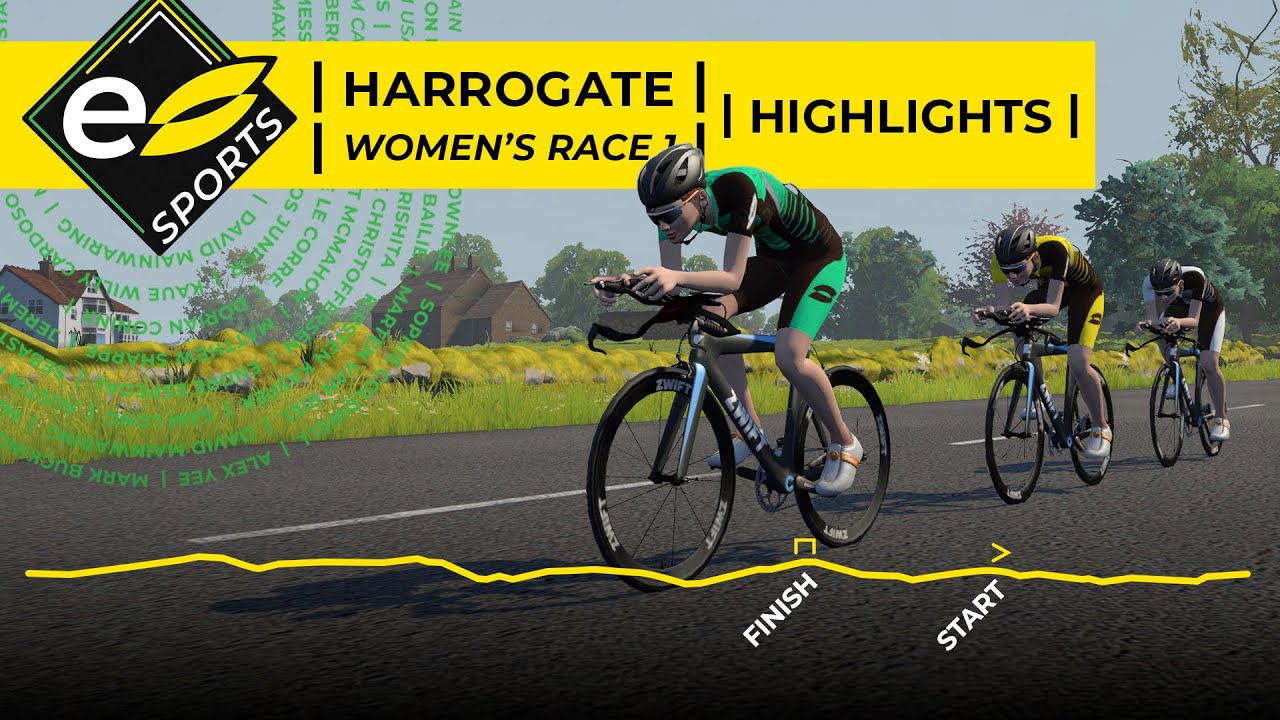