Charles-Barclay took the first race of the series courtesy of some smart racing, but was pushed to the limit in the second outing which featured seven point scoring opportunities.

She managed to come out on top, despite being relegated to third across the finish line, but admitted it was a tough night on Zwift.

When I looked at the course before the race and looked at how many sections there were for us to score points I knew this was going to be absolutely brutal and I was going to try and get some early points and hang in as much as I could.

It was an amazing race and the girls were really putting it down. It was loads of fun but super painful.

I started off (the last climb) to sit in the pack and reserve my energy for the finish but you always get sucked in a little bit and think maybe you try and go towards the end closer to the banner and I thought maybe I could carry it from there to the finish but my legs were burning.

I was trying to go early on quite a few of the segments to see if I could break off and get them and I definitely tried to do that on the finish and maybe I went a touch too early and it definitely stung for those last 200m. Dutch athlete Maya Kingma was the first across the line and Charles-Barclay smiled:

I loved the way Maya raced. She really laid it down and it was amazing what she did and I was really amazed to see her out the front pushing those KOM climbs and getting those points and to see her come through at the end like that was great to see.

Charles-Barclay has been revelling in Zwift action during lockdown but dropped a hint she would potentially race Super League when physical events get going again.

I love watching the Super League racing and I want to do any kind of racing so if Super League is first back I would definitely love to be there. 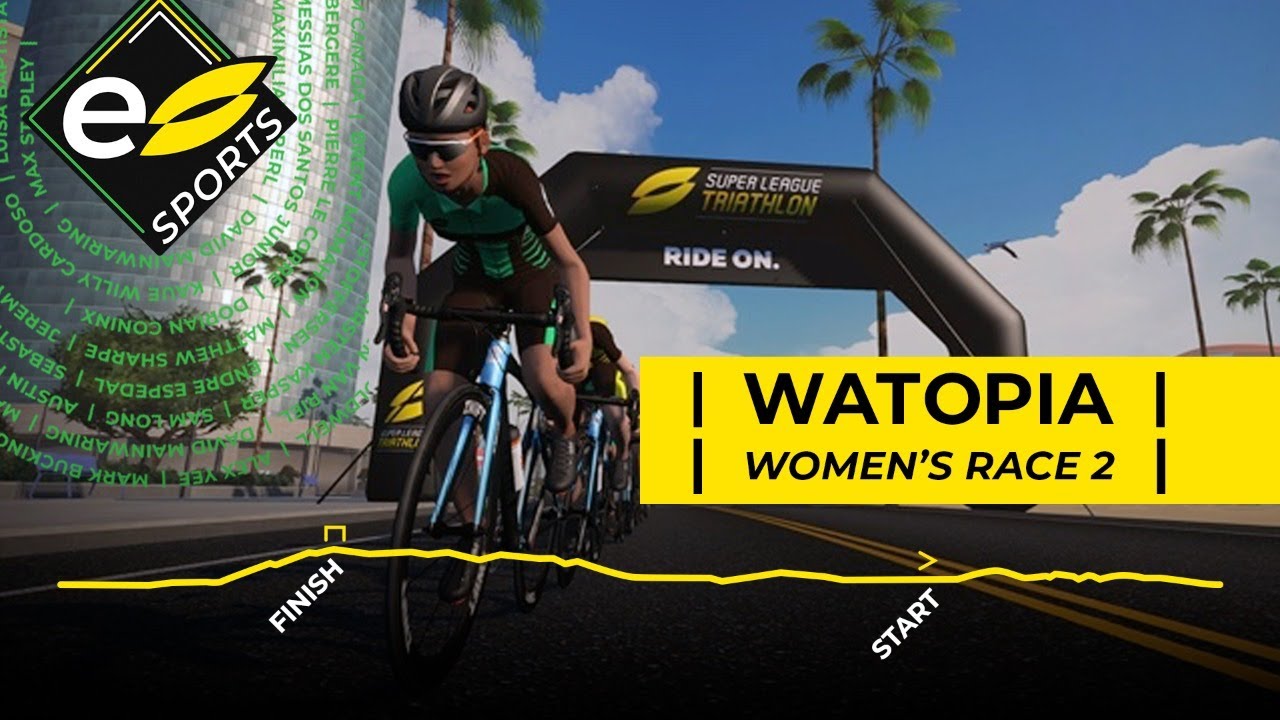