Super League Triahtlon’s fourth visit to Jersey produced one of the most remarkable finishes in the sport’s history – and no lack of controversy either.

A dramatic day of racing threw up some huge surprises and left the Championship Series finely balanced heading into the finale in Malibu.

We take a look at the 5 things we learned in Jersey.

1. Vince falters to open the door

After his win in Munich, pretty much everybody was predicting Vincent Luis to take the win in Jersey and get one hand on the Championship Series trophy. After all, he always wins in Jersey and has been unbeatable over the Enduro format. Plus he even got a Short Chute after the first swim. However, it didn’t play out like that. There were no excuses from the Frenchman, but his performance suggested fatigue and an eighth-place finish saw him slip from first in the overall standings down to fourth. The top four are only separated by four points heading to Malibu, where there are extra points on offer, so it’s not over, but Luis knows he needs the performance of his life to defend his crown.

Alex Yee is some talent. He was a star attraction once again over the race weekend, with almost all of Jersey wanting an autograph or a selfie with the double Olympic medalist. He just takes it all in his stride – and that stride also happens to be pretty fast when he’s on the race course. Yee has openly admitted that the pace of Super League has caught him out, not so much in terms of swim-bike-run but the little details you have to get right. He’s been thinking about it, studying others – even out of his hotel window in Jersey as the women’s race started – and practicing, and it paid off handsomely. The sprint finish to overtake Hayden Wilde and edge out Jonny Brownlee was stunning, and he was understandably delighted. Don’t rule him out for the Championship Series title yet either.

3. Rules, tears and another tumble – an emotional day for GTB

Where to even start on this one? Probably just to say that in amongst the melee and maelstrom of a Super League race, that Georgia Taylor-Brown had the presence of mind to complete extra distance on the run when she had been informed of her DQ for mistakenly taking the Short Chute. Ultimately, it was surely that which led to her appeal being upheld by Super League’s Technical Committee and her second-place standing. It was a bizarre situation, and tense and emotional, and with a widely praised outcome in the end it all worked out. But after tumbles in London and Jersey, she will want to stay on her bike in Malibu.

Could Jonny Brownlee actually take the Super League Triathlon 2021 Championship Series title without winning a single race? Well, yes he could. Two second places and a third have shown a remarkable level of consistency that has been unmatched by his rivals, even though some of three of them have tasted glory with a different winner in each of the men’s races. He is now a point clear at the top of the table heading to Malibu. It’s very close, but he could do it.

5. So near and yet so far for Jess

A perfect three from three and only Georgia Taylor-Brown who looks like she can possibly live with Jess Learmonth leaves her on the edge of Super League glory. But, and it’s a big but, it’s not all over. Georgia is only three points behind and could catch her. With the same field as the past three weeks, it may seem unlikely. However, Olympic champion Flora Duffy is racing Malibu, along with another huge name. Those two will add a very different dynamic and have the skills needed to be up there challenging for podium places. If they finish above Jess or get between Georgia and Jess then, remarkably, three wins might not be enough. Jess knows she needs one last big push to make that title hers, and with three victories so far it would be well deserved. 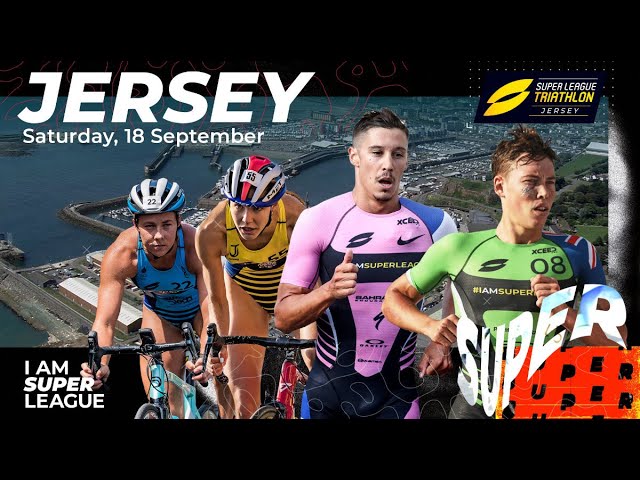