Sophie Coldwell and Marten Van Riel might well make the SLT Arena Games Powered by Zwift look easy with their athletic brilliance, but there is so much more behind their performances that play into the incredible story of how such a fast yet complex race is won and lost.

So many lessons were learned from London, so much work went into improving the small details and so many athletes improved their displays in Rotterdam.

With the whole event being monitored by the Garmin Ecosystem, from the athlete weigh-ins on the Index S2 Smart Scale, the bike legs on the Tacx Neo 2T turbos, heart rate measured using the HRM Pro and additional data generated by the Forerunner 945, we have a better understanding than ever before as to how the event played out.

Here’s some of the key data:

It was really Coldwell v Potter right from the beginning with the pair sharing the top two positions in all three stages.

Potter went hard in the first bike stage, with a mammoth 5.1 w/kg  – the second highest w/kg we’ve ever seen in SLT Arena Games behind Jess Learmonth with 5.2w/kg. She had by far the lowest efficiency for that bike stage, and although Coldwell wasn’t much better it was perhaps just over the threshold for her. Fine margins.

Coldwell had the advantage in stage 2 with the bike-swim finish, even though she actually beat Potter in the run with the fastest run split in SLT Arena Games history with a 3:06, Potter running 3:09. Anna Godoy also broke the record with 3:08.

The third stage was pretty similar to London, but this time Coldwell had the legs and just absolutely went for it. In London, Potter ran 3:23 to Lucy Charles-Barclay’s 3:33 and Coldwell’s 3:31. This time however, Coldwell ran a 3:11 and Potter 3:13. Huge run splits from Coldwell.

Potter actually ran better than in London (London average 3:19, Rotterdam average 3:11), but Coldwell just had so much more this time round. She averaged 3:25 in London but 3:10 in Rotterdam.

The bike stages were fairly even across the field, but that was not unexpected given the short distance and draft effects.

In London, Potter won it in transition, but this time Coldwell had her pegged much, much closer. Potter was still faster by 13 seconds, but the advantage was lessened. In London the transition difference between the two was nearly 30 seconds, which is hard to bridge in the SLT Arena Games format.

Interestingly Potter’s cumulative time is less than Coldwell’s (she was only 10 seconds faster than Potter in the ‘athletic disciplines’) but Coldwell put the effort in where it counted, picking up the vital points.

All the heart rates across the women’s field were massive. Clearly huge effort was being put in. The lowest max HR was 185 from Kate Waugh with the highest max from Rani Skrabanja at 199. Skrabanja averaged 184 across the entire event – including the rest periods which underlines how little ‘rest’ you get in Super League. Her lowest HR across the whole event was 141, which is similar to Marten Van Riel’s average.

Martin Van Riel clearly stole the show, winning all three stages, although he only won each stage by 1 second, 1 second and 2 seconds, so he clearly was timing and measuring his efforts well.

Again he had none of the fastest splits for any stages, but was just always up there when it counted across the board. None of the other men managed to consistently perform, and so he ended up winning easily.

Aurelien Raphael was the next best ‘athlete’ in terms of swim/bike/run and was only 2 seconds slower than Van Riel across all these disciplines. In fact these two were the best in the field, with next best Alex Yee 15 seconds down. However, Raphael’s transitions were poor, and he lost 20 seconds to Van Riel there, effectively ending his challenge.

The swim field was stacked. The previous swim record was 2:06 held by Justus Nieschlag in Rotterdam last year, but no fewer than five men went faster in the first swim of stage 1. Raphael was the fastest with a 2:02, and he ended up averaging 2:06 for the entire 3 swims of the event. The top 4 guys all averaged under 2:10 for all three swims.

Alex Yee absolutely smoked everyone on the run, running 2:42 in every run stage. The previous best run time was 2:45 from Javier Gomez in Rotterdam, and Gomez eventually averaged 2:49 for the whole event, so Yee clearly was gunning for the times.

The running was considerably faster across the board with 8 of the 10 men averaging under 3:00 min/km. Only four managed this in London.

Alex Yee had the best transitions in the men’s field (although he was still second to Beth Potter) but again the transition times across the board were much closer for the men with Marten Van Riel in second place, only four seconds down. Not much to gain there for the men, but plenty to lose, as Raphael found out.

Marten Van Riel is the stand out here again. He averaged 143 for the entire event, with the next lowest Raphael and Knabl sitting at 168, over 20 BPM higher. Even Felix Duchampt and Marco van der Stel – who had technicals and sat out nearly a full stage each – had higher average HRs for the full event (156 and 152 respectively). His max of 162 was lower than everyone else averaged in the entire event – men and women. It’s like he wasn’t even trying…

The max HR in the men’s field was Felix Duchampt, presumably in anger when his treadmill dropped out!

Marten Van Riel’s highest w/kg was only 4.6. That came in stage 1, which he won thanks to a perfectly timed surge for the finish line. That short sprint was, by his own admission, the key to his victory in Rotterdam. 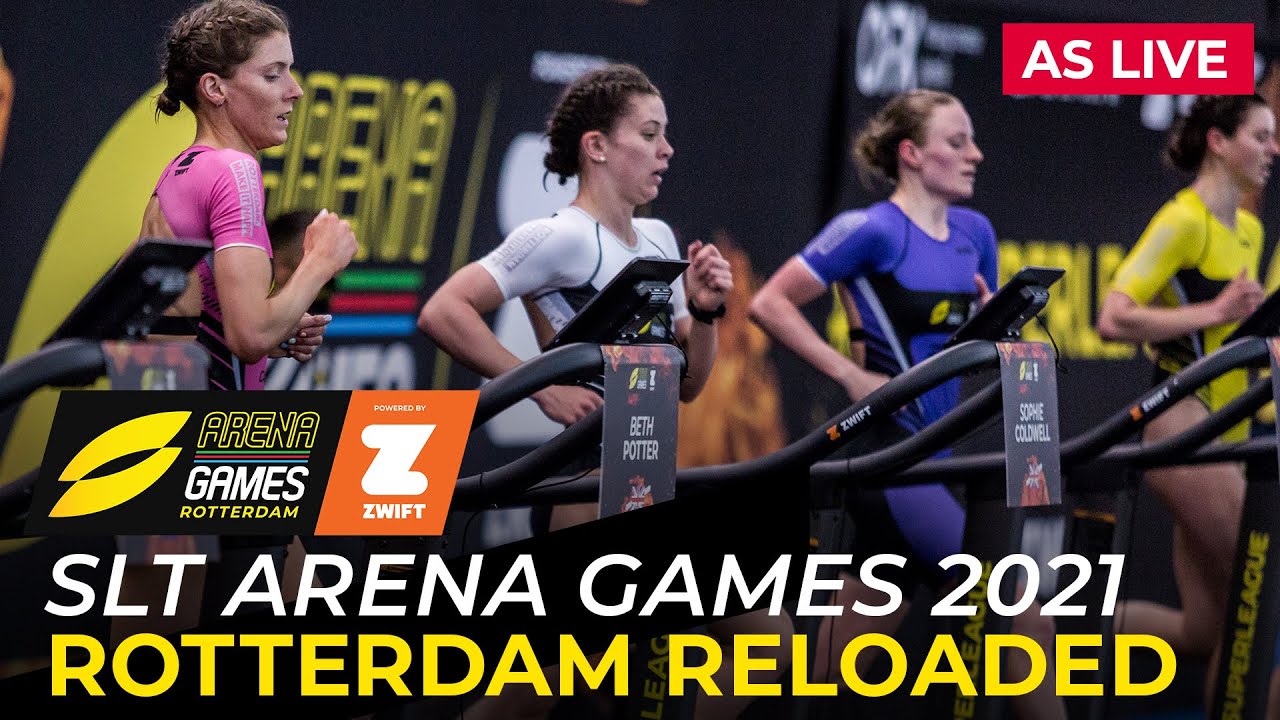