Where the women’s race had reigning Ironman world champion Anne Haug, the men’s event also had a major coup in the presence of Javier Gomez, 37, on a Super League start line for the first time since Hamilton Island in 2017.

The Spanish superstar of tri – a record five-time ITU world champ – was facing his old ITU and Olympic Games nemesis, GB’s Jonny Brownlee, as well as South Africa’s run powerhouse Richard Murray. The German pair of Justus Nieschlag and Jonas Schomburg were the dark horses for the Rotterdam title.

In a unique blending of virtual and in-the-flesh racing, the Triple Mix consisted of the first stage being the classic triathlon order of swim-bike-run legs. The second stage provided bike-run-swim action, before the final stage was a run-swim-bike showdown.

The distances for each were a swim leg of 200m place in an Olympic-sized pool, a bike of 4km aboard a Tacx Neo2T smart trainer and the run being 1km on self-powered curved treadmills, all projected onto the Zwift virtual platform.

After 400m in the water of Stage 1, there was little to separate the men with France’s Pierre Le Corre the first out of the pool in 2:07mins.

Onto the 4km bike and a group of seven had emerged, with Jonny Brownlee – as we’ve seen countless times over the years – dictating the tempo as Gomez and Murray dropped off the back.

Onto the run and German talent Jonas Schomburg, running barefoot to save transition time, dominated the four kilometres on Zwift. The 26-year-old had a winning margin of 7secs over Brownlee and 8secs over Vilaca by the final of Stage 1, with Gomez 20secs back and Murray 28secs.

The second stage provided bike-run-swim action, and the pack of 10 emerged off the bike together. Now it was a split between those wearing shoes (notably Brownlee and Gomez) and those without on the curved treadmill run.

Schomburg again emerged in the lead after 1km, with a narrow margin of 1sec over Le Corre and Gomez. Murray had a 2.3sec deficit and Brownlee was adrift by 11secs.

Yet it would be Schomburg’s compatriot Justus Nieschlag, aged 27, who’d emerge as the leader in the pool and take the 10 points for the Stage 2 title win ahead of Schomburg and Le Corre.

Schomburg would begin Stage 3’s run-swim-bike format as the man to beat, and Murray would take the battle to him at a 19km/hr pace. By the closure of the 1km run, the South African former Super League race winner had a 1sec advantage over Le Corre and three seconds over Vilaca and Schomburg, with Brownlee some 14secs back.

Onto the 400m swim and Vilaca was first out of the water, 1sec ahead of his Iberian rival Gomez and 4secs ahead of Schomburg. While the women’s race was a done deal by the final discipline of the day, for the men it was all to play for on the 4km bike.

With a kilometre to go, Vilaca and Gomez was inseparable with the latter’s proven class coming into play as the day progressed. Yet it would be Vilaca who would take the Stage 3 title ahead of Gomez by just 0.25secs.

The remaining eight athletes were grouped in a pack and the overall honours were up for grabs. With just 200m of the racing to go, Nieschlag edged to the front of the group and pipped Schomburg at the last to take the Arena Games title by a matter of milliseconds to cap an enthralling hour of racing.

The final placings would see Nieschlag on 24 points, Vilaca on 22 and Gomez on 20 points. 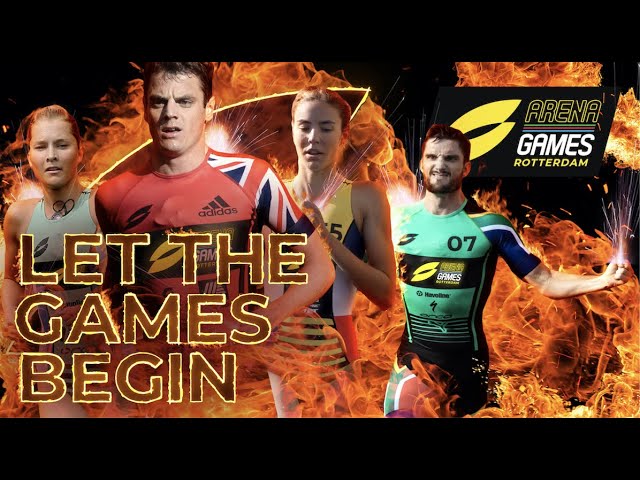