Javier Gomez admitted to rival Jonny Brownlee that he might rather be watching the SLT Arena Games than competing in it due to its brutal format.

The two triathlon legends took part in a freewheeling 30 minute chat on Super League Triathlon’s Instagram account, where they discussed their long-standing rivalry, relived classic races and revealed their future hopes and ambitions.

They also focussed on the upcoming SLT Arena Games in Rotterdam on Sunday, where the pair will face off once again in a unique and demanding new style of racing.

I’m excited. It’s not my favourite distance and it’s not so good for an old guy! I grew up even as a junior only racing Olympic distance and my whole life I train for that and now I’m in my 30s the distance gets shorter and shorter which is not great for me, but I really love that format and that kind of racing. For spectators it is so spectacular and at the moment we don’t have many races or big sports competitions so I think it will be a great show. I would love to watch it instead of racing it but it will be fun to be on the start line and feel the nerves again.

It will be good fun to get a race and it’s something different. I think it’s important in these times to do different things. I’ve been on my bike out on different loops, been on my cross bike a little bit, I’ve been on Zwift a bit. It will be nice to do the Arena Games.

Both Gomez and Brownlee admitted they were a little anxious about the threat from competitors who are very fast at short distances, highlighting the danger posed by Jonas Schomburg, but they are ready for the challenge.

I tried to do some short training, some sessions on the treadmill and shorter sprints on the track but not too much. I am still thinking of the Olympics, that’s my ultimate goal next year. It’s good to get a bit of speed but it’s more about doing your best, having fun and putting on a good show for the people watching. It will be interesting and I hope everyone will follow the race as it will be fun. One of the unique challenges of the event will be running on the self-powered curved treadmills, with the racing for that discipline and the bike – which takes place on Tacx Neo2T trainers – turned into racing action by Zwift.

Brownlee confessed his first practice session didn’t go as smoothly as he might have hoped.

Brownlee admitted to his great rival that he was wary of the swim power Gomez has in the pool, and the Spaniard replied:

My pb for 200m was 1:54 short course but there is no chance I can do that at the moment, and it was back in 2009 with the swimsuits that were quite fast. Long course hopefully not too far from two minutes, but I didn’t know. The first swim I think will be quite good but in the second and third triathlon getting in the water after a hard 1km run or 4km bike it will be challenging. My experience of Super League is that we all start really hard as we think of it as short racing so you go flat out. Usually we have ten minutes rest but here about three minutes and then you realise you don’t recover at that pace so it slows down. There is strategy as well and a different format racing virtual on the bike and run so it will be cool. 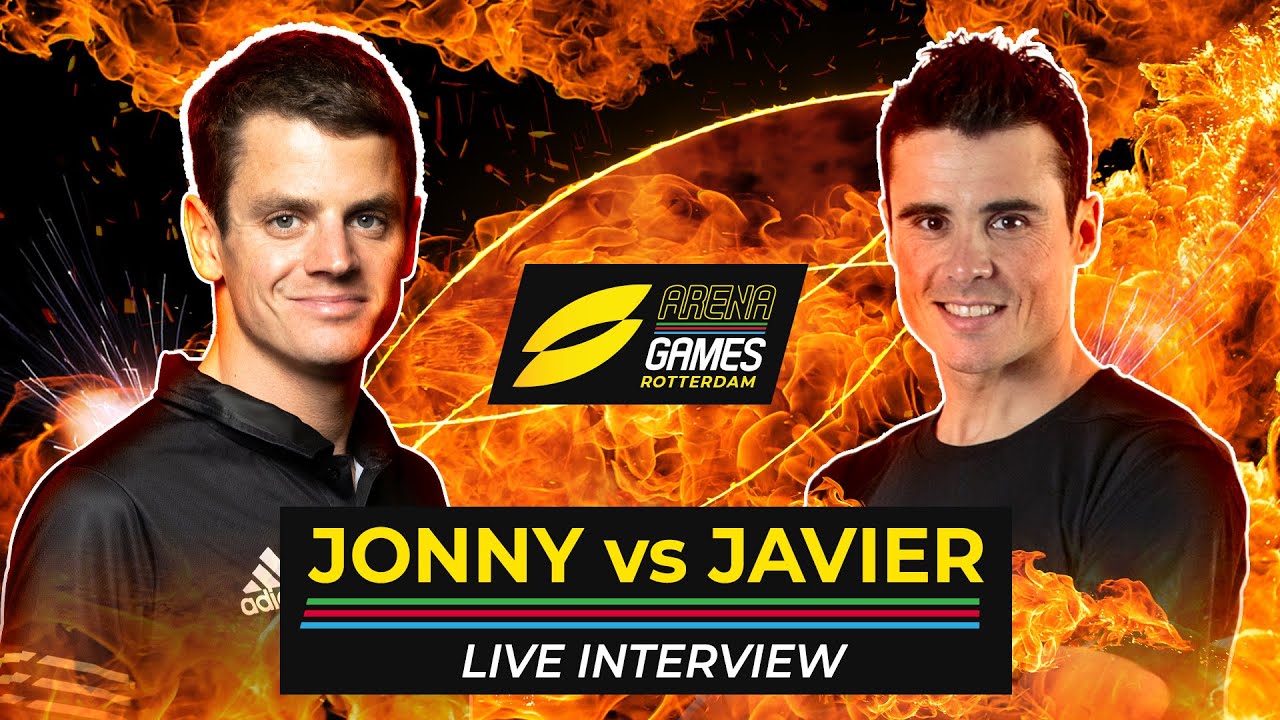