Super League Triathlon are proud to present the debut of the Short Chute Show Triathlon Podcast.

Triathlon legends Chris McCormack, Tim Don and Jodie Stimpson join Will McCloy to discuss all the build-up to the next instalment of the SLT Arena Games, plus could Beth Potter’s 5k or Lucy Charles-Barclay’s swim earn them Olympic selection?

The podcast, which is recorded as a YouTube feature and also released as an audio-only version, will pop up throughout the year providing a full analysis of major racing and, of course, Super League Triathlon’s exciting events.

Listen to the podcast on Spotify or Apple Podcasts below, or scroll down to watch the recording in full on our YouTube channel. 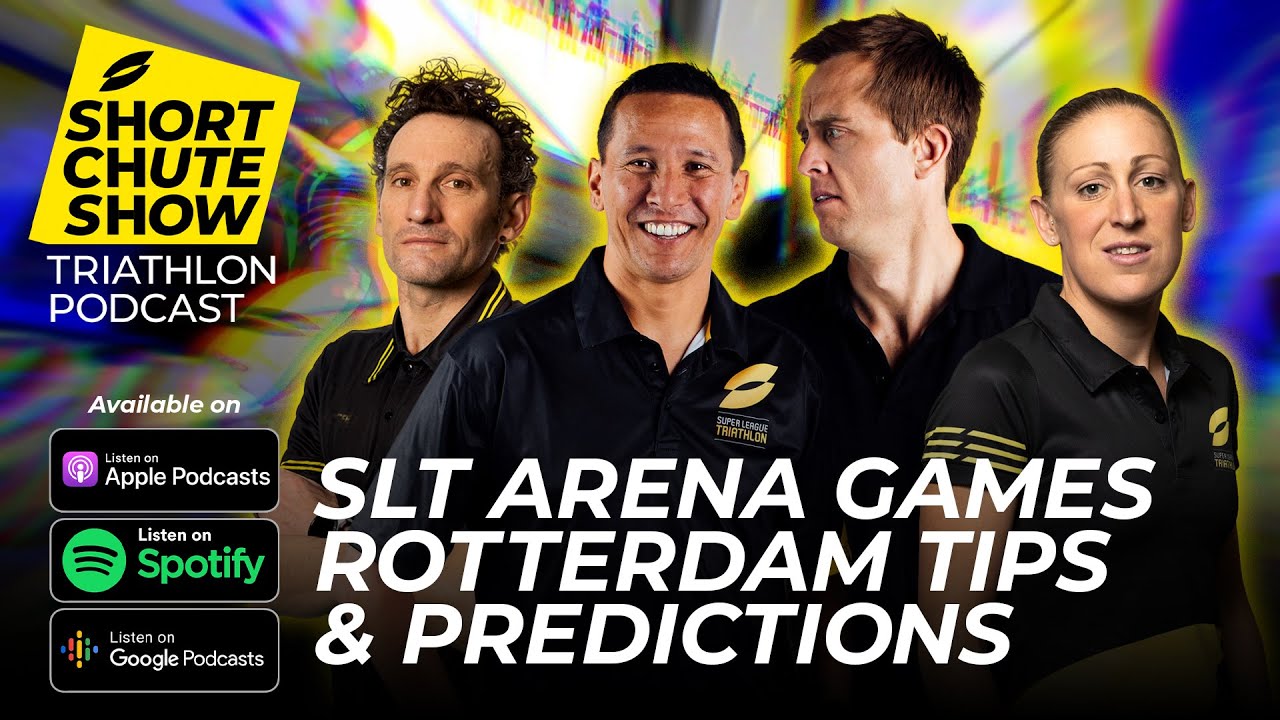