Two SLT races down, three to go, and next stop Malibu – where we’ve a surprise Series leader and the Super League favourite one point behind. It couldn’t be more perfectly poised.

Matt Hauser started his 2022 campaign with nothing to lose. Now the Eagles’ frontman has the top spot to defend from Sharks’ star Hayden Wilde as the SLT roadshow leaves Europe and heads for the USA’s west coast.

Wilde won in London, Hauser in Munich, but what might have been an unlikely showdown just a fortnight ago is fast evolving into a fierce Antipodean rivalry to savour.

Let’s have a look at how they shape up against one another.

Hauser – last year’s blue jersey winner as the best swimmer in the SLT Series – looks to have a clear advantage over 300m. It was demonstrated in London as he forged his way back into contention and again in Munich’s Olympiapark on Sunday. Entering the lake for the final time, the Aussie looked too far back, but closed with every stroke to pass the leading four, including Wilde. As a resident of the Gold Coast, he’s relishing the chance to “get back into the surf and catch a few body waves” on Zuma Beach next weekend.

It’s on two wheels where Wilde needs to let his explosive power and handling skills – cultivated on the mountain bike in his youth – take charge. Ranked the No 1 cyclist in Super League, it was on the second bike leg where the Kiwi opened a gap on Hauser in Munich, who admitted to “battling some demons” as he lost ground. With 2017 junior world champion Hauser now a clear and present danger, Wilde will be even keener to make any break stick this weekend.

Wilde would typically be seen as having the edge here, but everything changes quickly in SLT racing. In Munich, and ominously for his rivals, the Kiwi looked to be in cruise control on the second 1.6km run leg. But just 15 minutes minutes later – and despite Wilde having a Short Chute – it was Hauser who was taking the tape. The breathless, nonstop Enduro format may have played more to the Aussie’s strengths, but there’s been enough evidence in 2022 to suggest Hauser is also getting faster with every run.

There’s increasingly little to choose between these two. Hauser’s swim might be the No 1 weapon in Super League right now, so the race format and dynamics become critical. Wilde seemed to have put illness behind him in London, but looked fatigued towards the end in Munich. He knows he must try and isolate Hauser on the bike, but the Aussie is also just getting faster and more confident with every race – and that’s a potent combination.

A battle that showed the beauty and brutality of Super League. With two-thirds of the race complete, Hauser looked cut adrift with a front pack of four including Wilde, Jonny Brownlee, Vasco Vilaca and Kenji Nener set to take the race away. Yet the Aussie refused to be denied. Used every metre of the final 300m swim to get himself back on terms and then produced an inspired run to beat Vilaca and relegate a fading Wilde to third.

The opening race of this season’s SLT was a Triple Mix full of drama and much of it centred on Hauser. Having been incorrectly handed a penalty for a false start by Eagles’ team-mate Jamie Riddle, Hauser dug in – pulling back a crucial 11 seconds during the second stage swim to start the final bike-swim-run on terms with Yee and Wilde. While Wilde would eventually run to the win, Hauser grabbed perhaps the grittiest runners-up spot SLT has seen.

Hauser missed out on an individual Commonwealth medal by just 2 seconds when competing in front of his home crowd on Gold Coast in 2018, but went one better in Birmingham. Wilde came away with the silver and although only 3 seconds separated the pair at the finish, it became a question of whether Wilde would emerge from the penalty box in time to beat his rival to the line. He did. Just.

With no Yee present, it was in-form Wilde’s race to lose over the sprint format in Hamburg – a city centre event that invariably comes down to the run. Yet while the Kiwi took the honours with a 14:07 5km run split to cement his lead at the top of the standings, only 3 seconds behind was an elated Hauser for a first WTCS podium.

While Wilde and Yee were duelling at the front, Hauser was battling with France’s Leo Bergere for the final podium slot. In the end Yee and Bergere won their respective battles, but it was a mark of how Hauser – who’d turned 24 the previous month and started 2022 with two Continental Cup victories – was ready for the best year of his career.

WHAT HAPPENED LAST YEAR IN MALIBU?

Malibu marked the finale to last year’s SLT Championship, and Hauser was literally on the crest of a wave as he led out of the first swim, took the short chute and a $20,000 cheque as the series leading swimmer. Wilde matched the feat by taking the run jersey and pocketing $20,000 as both men made the final stage of the Eliminator format. Wilde eventually finished fourth in a mass sprint finish, with Hauser in 10th, leaving them second and ninth respectively in the overall standings. 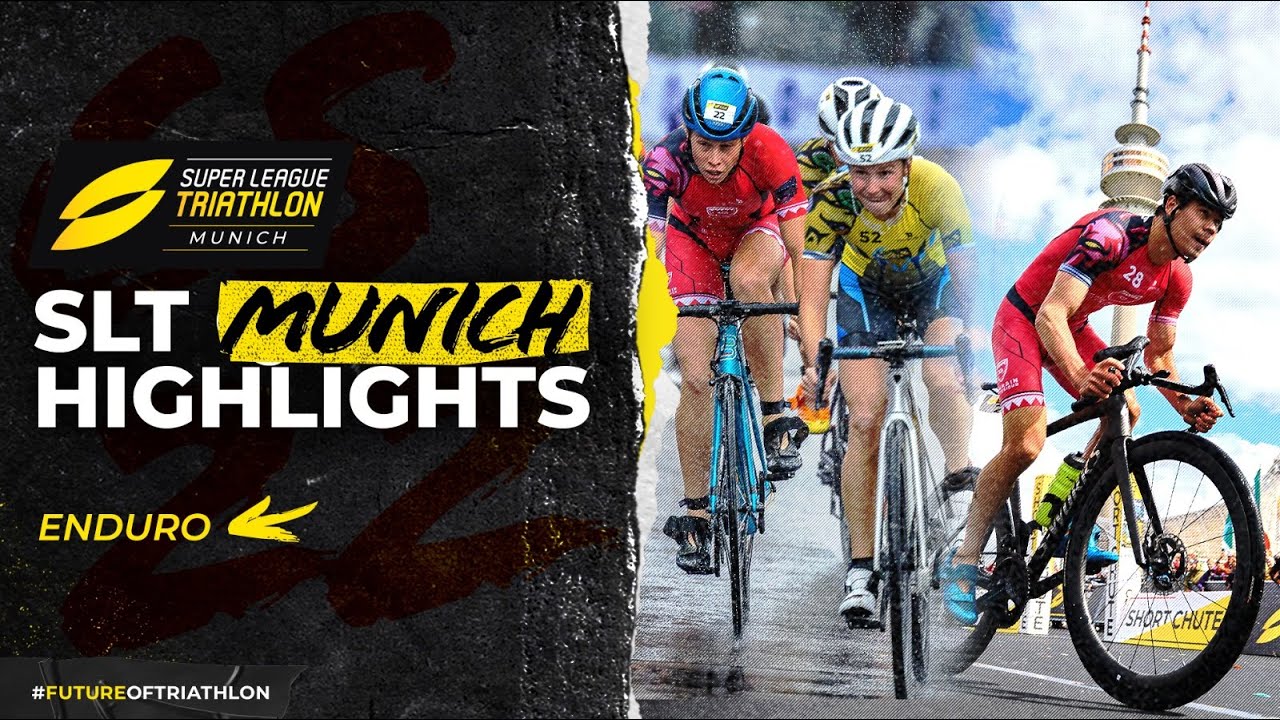