How To Keep Pro Triathlon Competitive During COVID-19 At Super League we are always trying to innovate and find platforms for our Pro athletes to shine so it’s great to look forward to the start of our new eSports Cycling Series on Zwift.

COVID was something that nobody anticipated and eSports racing has been important to fill the void left with the absolute annihilation of events that were set for the year.

It’s groups like Super League who have pushed and said ‘we need to deliver something to feed the racing needs of our professional athletes’. All athletes have an appetite to compete. Understanding and highlighting that is one thing, but delivering on it is critical.

Sure, it’s nice to fluff about with 3,000 people in friendly participation events that many people adopted during the shutdown, but the high performing athletes want to compete, and more so want to compete in a fair environment.

By setting up this Series the way we have and having our Super League stars and invited athletes compete against each other, I hope we will see another side of it. The responsibility of any league organiser is to set the framework, fairness and foundations for competing. The rest is up to the talent to determine the outcome.

Do I want eSports to be the future of the sport? Absolutely no, but it is complementary to training and staying on top of things and gives an outlet to the athletes and some sort of normality during the season. It will find a place and can have a purpose. I just don’t think or want it to ever replace the real thing. What you realise as an event organiser and owning a league is you need to create a competitive environment.

Had we said ‘come and ride 100km’ it wouldn’t be as exciting as what we’ve done with Team France, Team USA, Team Australia, Team GB, there’s money on the line and so this matters.

You make it relevant. Money makes anything relevant. It is the carrot that gives any event purpose for a professional to some degree. Then the natural behaviours of athletes come out.

Athletes are predictable creatures. Pin a number on them and make the event hold some financial significance, it most certainly changes the racing mood and mindset of athletes.

They are naturally competitive people. They want to compete and that will kick in. Even if these athletes are out on the road with their squad they will race between town signs. Athletes race. It is in their blood, and to be denied that is tough.

Up until now the races we took part in, and I had the opportunity to call online with Will McCloy, were open to other teams. It was really tough to do, as calling an icon on a screen without any knowledge of that individual is impossible.

It was also very obvious that many people can do amazing things on indoor trainers and the calibration of equipment might not be up to standard. Seeing 8-9 watts per kilogram put out by some amateur athletes sort of killed the relevance and the trust in the racing environment.

It was watching this that pushed us to create our own series and set those frameworks for all competitors coming in.

I believe the Super League athletes are honorable enough as Pros to be accurate with their weight, to calibrate their equipment correctly and get stuck in and race. They know each other well and the competition is valid.

I think we will see a very different Series here and more so a different mindset to the athletes racing.
Super League have really led the way and pioneered this push to compete during lockdown.

At first we had push back from some platform owners when we tried to validate a lot of the racing to give it more accuracy and accountability, but in fairness to them the business model originally of these platforms was not built around hardcore racing. We pushed and the racing we delivered was worthy and enjoyable.

Now we are seeing a lot of the Tour de France teams such as INEOS and Bahrain Merida competing as teams against each other and even more structured and invitation driven races. There will always be an appetite to compete. Up until now this has always been open to everyone, but lockdown brought that inside, and turned a training tool into something that could deliver a racing environment. The rest now is history.

What next for the Pros?

It’s going to be really interesting to see how the Pros look at things after this time off.

I have spoken to quite a few athletes who haven’t really thought that far ahead, which is a shock to me because I know a lot of the Ironman athletes have. What does next season look like from a racing perspective? It’s rare you would ever go into an Olympic Games having had a year off.

In fact, in normal circumstances any athlete entering an Olympics after a year’s hiatus would be considered an outside chance of a medal. Sebastian Coe won the 1984 Olympics after being injured in ‘83 and that was considered a coup beating Steve Cram.

Whether athletes will now race heavily in what would normally be their downtime will be interesting to see.

They usually finish a season with Super League, but they have had a break all year so will they move their entire training camp to Australia and race the entire Australian season as we should be open by then? Otherwise maybe you stay in the UK where it’s cold and train indoors again, which doesn’t seem like a very motivating plan. 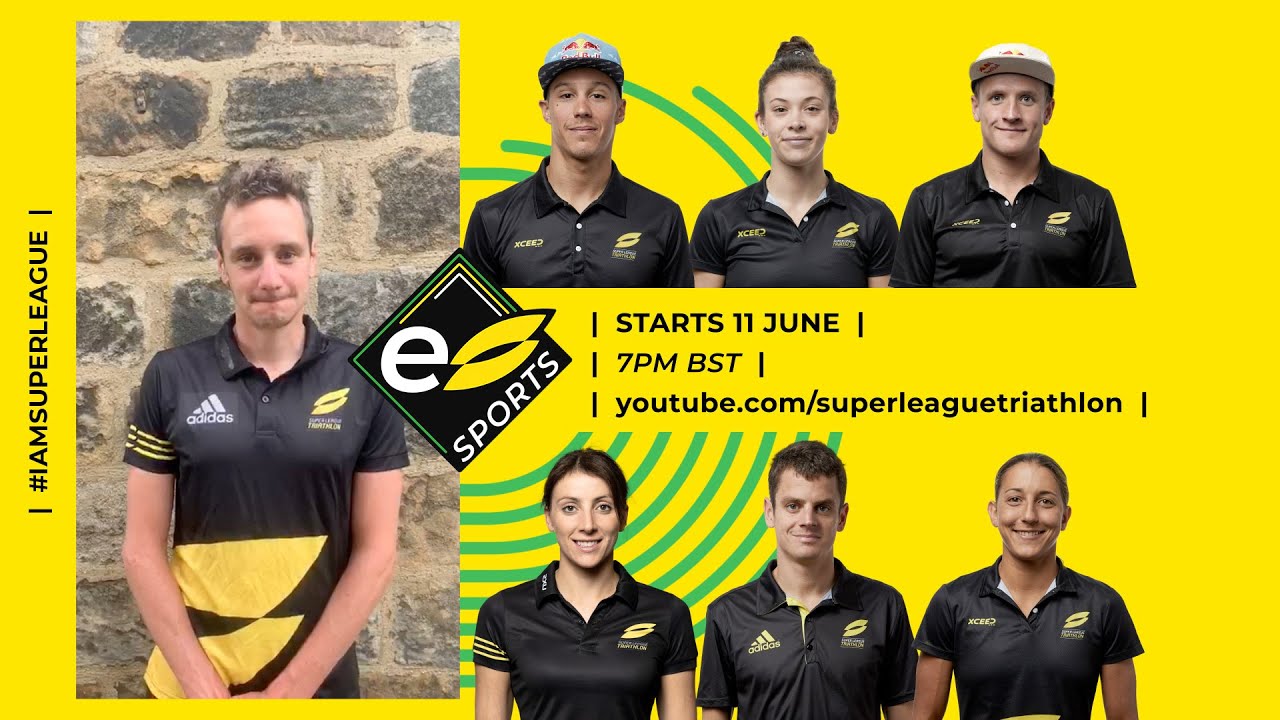