Watching the brilliant finale to Arena Games Triathlon powered by Zwift, at the iconic Marina Bay Singapore, was exhilarating. Now the athletes are examining how they achieved what they did, and how they get better for the future.

Super League’s partnerships with Zwift and Garmin allow access to a wealth of information that can reveal how the events, and the first esports triathlon World Championship titles, were won and lost.

We asked SLT data guru Graeme Acheson to have a deep dive into the numbers and give us his verdict.

What a performance by Zsannett Bragmayer. She wasn’t really mentioned in the build-up to the final, with most of the commentary focussing on the title challenges for Beth Potter, Jess Learmonth, Georgia Taylor-Brown and Sian Rainsley. However, the Hungarian seemed to be able to deal with the heat better than most, and was consistently out front in the final. She and Potter came off the bike in the final stage, and most would have thought Potter would have run away with it, literally. However, Bragmayer was the one with the legs, with Potter struggling somewhat in the heat, and she ran away to take the Singapore title.

Beth took the inaugural esports title however, adding to her win in Munich with second place in Singapore and beating out Bragmayer and GTB. She was the most consistent athlete throughout the series and a well deserving champion based on her performances across the championship.

Again Beth Potter took the title of ‘fastest transitioner’ – she’s been the fastest in all 3 races – but she was pushed hard by Bragmayer who was only a second behind. Those two were over 10 seconds up on the rest of the field, and Bragmayer’s improvement in this area is a major reason she was able to top Potter for the overall win.

Fastest swim of the final was Bragmayer’s 2:23 in the start of stage 3. She and Potter dove into the water at the same time, so she was clearly keen to put Beth to the sword early doors and get out in front.

Potter had the highest power output in all 3 stages, but she was matched by Learmonth in stage 1, before she retired injured. Both those two put out 5 w/kg in stage 1, which was the highest of the day.

Learmonth set the fastest time of the day with this effort, her higher absolute power trumping Potter over the relatively flat Crit City course.

Another interesting stat is Bragmayer’s HR – she recorded the lowest average bike HR of any athlete who we managed to record across all 3 stages on the Garmin HRM Pro. She averaged 167, with the average for the rest of the field nearing 180.

Fastest run of the day was Lena Meissner, who surprisingly set it on the final stage of the final. She ran a 3:06, with Bragmayer’s 3:09 the second best time. I think the heat was too much for Beth Potter – usually the fastest runner of the field – although she wasn’t that far back with a 3:12, not too bad for a Scot abroad! Certainly better than the author would manage …

Hayden Wilde had an Arena Games debut to remember, taking out the established contenders of Alex Yee, Aurelien Raphael and Justus Nieschlag. We know Wilde is a force to be reckoned with but it’s rare to come into a race of such calibre, and of such difficulty, and dominate in the fashion that he did.

The heat may have something to do with it, with the Kiwi able to better deal with the conditions than the Europeans, but the Arena Games often reward the best prepared and fastest thinker, and Wilde is an intelligent racer as well as an athlete to be reckoned with.

However, Yee did enough to take the overall title, finishing second on the day behind Wilde, and beating out title contenders Nieschlag, Raphael and Stapley to be crowned esports triathlon World Champion.

Nieschlag perhaps was exposed in the open water, with the German less able to dominate in Marina Bay instead of the pool, and Raphael was undone in T1, with the Frenchman unable to recover from an error made there in putting his swim hat and goggles in the wrong box.

Either way, Yee did what he needed to, sensible racing, not chasing Wilde when he didn’t need to, and putting time into the rivals when he did. Again, a worthy champion.

Wilde was the fastest both athletically, and through transition. Uncharacteristically, Nieschlag was not the fastest, nor even second fastest, sitting back in third place. This could be due to the much longer swim-to-bike transition playing into the hands of others and reducing Nieschlag’s advantage, but whatever it was, the German lost time he couldn’t afford to in a usually strong area for him.

Fastest swim of the day was 2:07 by Raphael in stage 1. A truly monstrous swim in the conditions, but the whole field went quick in that heat. The fastest swim in the heats was 2:20 by Raphael, but the entire men’s field went under that in the first swim of the final, with Raphael leading them out in the aforementioned 2:07, to Nieschlag in last place (unbelievable) in 2:19.

Yee set the highest bike power of the day, recorded on the Tacx NEO 2T, at 6 w/kg, but as (considerably) the lightest athlete in the field, this is not unexpected. Wilde dominated the bike in reality, setting the fastest bike splits in all three stages – in one of them he was 10 seconds faster than second – which was a large part of his victory. He took around 10 seconds on average out of Yee in the bike leg alone and, considering he’s also an excellent runner, this was too much for even Yee to run down.

Marten Van Riel took the HR crown again, recording an astonishing average of 144 BPM on the bike, compared to an average of 174 for the rest of the field.

Rather annoyingly, every single man BAR ONE ran sub 3 for the run. The only one not to? Raphael with a 3:02 on stage 1 after the frustration over his transition time. Had he pulled his socks up, we could have had, firstly, a rather pleasing record for the Arena Games finale, but secondly, he may also have kept his title hopes alive.

Kenji Nener set the highest HR for all three stages of the final, with an average of 192. This was 42 BPM higher than Van Riel’s average of 150 for all run legs. 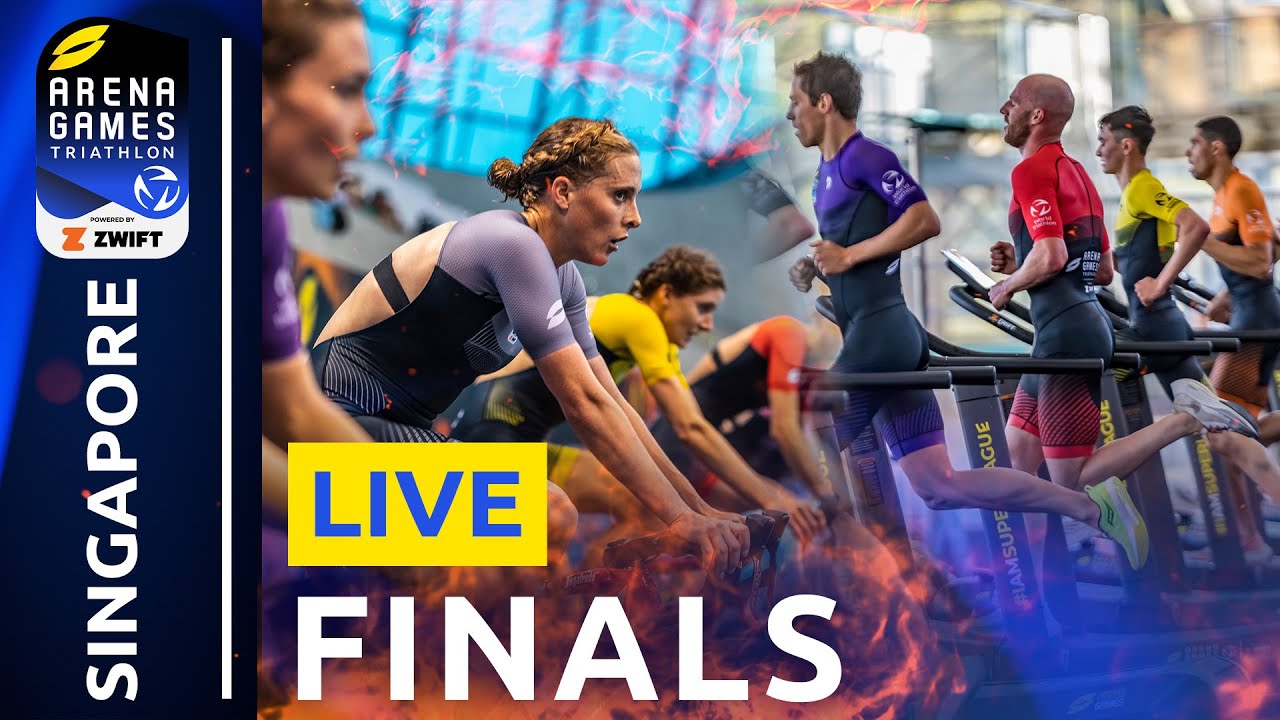